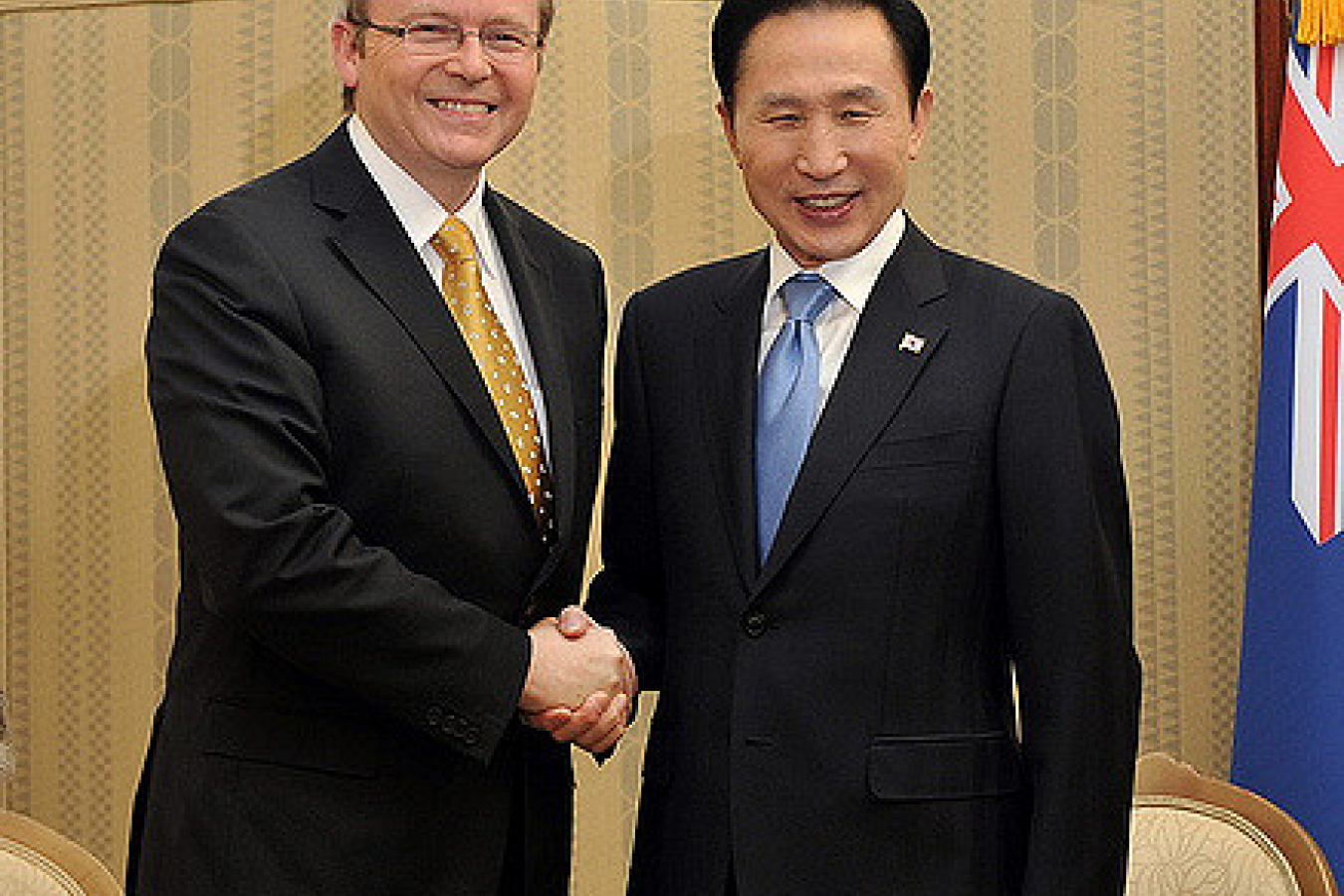 Photo by KOREA.NET - Official page of the Republic of Korea on Flickr

The Australian Prime Minister Kevin Rudd has announced that, from now on, all asylum seekers arriving in Australia by boat will be sent to the processing centre on the island of Manus, which is part of Papua New Guinea (PNG).

Mr Rudd said 'As of today asylum seekers who come here by boat without a visa will never be settled in Australia.' Instead, if an individual's asylum application is successful, he or she will be offered citizenship in PNG, Mr Rudd said. The new arrangement came into force on 19th July 2013 after an agreement was signed by Mr Rudd and the PNG Prime Minister Peter O'Neill.

Mr Rudd said 'Arriving in Australia by boat will no longer mean settlement in Australia. Australians have had enough of seeing people drowning in the waters to our north. Our country has had enough of people smugglers exploiting asylum seekers and seeing them frown on the high seas.'

Plan 'will not be inexpensive' – Rudd

Mr Rudd said that the Australian government would offer support to the PNG government and said that the new arrangements would 'not be inexpensive'. He said 'We are a compassionate nation and we will continue to deliver a strong humanitarian programme'. He also predicted that there would be legal challenges to the scheme but said that the arrangements had been carefully planned and were legal.

However, human rights organisations suggest that the new treaty may be contrary to the United Nations Convention on Refugees 1951. For example, Article 31 of the convention states that 'contracting states shall not impose penalties on account of their illegal entry or presence, on refugees who, coming directly from a territory where their life or freedom was threatened…enter or are present in their territory without authorisation, provided they present themselves without delay to the authorities and show good cause for their illegal entre or presence'.

No doubt Australia will argue that

Australia competing in a race to the bottom

But Tim Arnott of the Refugee Action Collective criticised the Australian government. He said 'Left to our own devices, our politicians are quite happy to compete in a race to the bottom around racism and condemning refugees to lives of misery.'

Asylum has become a huge electoral issue in Australia. There is a general election scheduled for September 2013. Over 15,000 people have arrived in Australian waters by boat from Indonesia in 2013 alone. Indonesian people smugglers charge up to $30,000 for a place on a boat. Many of those making the journey come from Sri Lanka, Iraq and Afghanistan.

The boats are often overcrowded and dangerous and no one knows how many people have drowned attempting the journey.

In August 2012, Ms Gillard's government acted to reopen offshore processing facilities for asylum seekers on the Pacific island nation of Nauru and on Manus. They had been opened by former Conservative Prime Minister John Howard in 2001 but closed since 2007 when the Labor Party came to power.

The camps were reopened because more and more asylum boats were sailing into Australian waters. Since the camps reopened, hundreds of asylum seekers have been held at the two camps. Others have chosen instead to opt for voluntary repatriation. There have also been hunger strikes at the camps and human rights organisations have complained that the conditions are inadequate.

Mr Rudd has only been prime minister for less than a month having deposed the previous premier, Julia Gillard on June 26th. Ms Gillard's Labour Party was heading for a heavy defeat at the hands of the opposition Coalition when Mr Rudd took over. Rudd has now set about 'stealing the Coalition's clothes'. One of the coalition's key electoral promises was to 'stop the boats'.

Tony Abbott, the leader of the right-wing Coalition welcomed the policy but said that the Australian Labor Party would not be able to make it work.

Sky News Australia reported on 22nd July 2013 that a further ten boats are currently on their way from Indonesia towards Australian waters. Many are reported to break down in tears when told of the new arrangements that will prevent them settling in Australia.