Mohammed Haneef, a 27 year-old suspect in the recently failed UK bombing attempts at the end of June, has been detained by Australian immigration authorities after his visa was cancelled on 'character grounds.'

Haneef was charged with providing assistance in the form of a mobile phone chip to the group behind the failed bombing attempts. Brisbane Magistrate Jacqui Payne, who granted Haneef bail, said the prosecution had failed to allege any direct link between the Bangalore doctor and the botched plot in London and Glasgow.

Haneef admitted that he gave the SIM card to Sabeel and Kafeel Ahmed, both second cousins to Haneef, when he left Britain last year, but he denied having any knowledge about their intentions. The court felt that the prosecution had failed to show any direct link to the plot and granted bail of AUD $10,000.

After the court's decision, Immigration Minister Kevin Andrews used his powers under the Migration Act to cancel Haneef's visa, quoting Section 501 of the Act: "the person has or has had an association with someone else or with a group or organization whom the Minister reasonably suspects has been involved, has been or is involved in criminal conduct."

He characterized the decision as being made on the grounds of "national interest."

Reporters at a press conference questioned whether he was pre-empting the court case by essentially finding him guilty of association with terrorism.

"I have a responsibility and a duty, as Minister under the Act, to turn my mind to the question of whether or not Dr. Haneef passes the character test. In turning my mind to the information and advice provided to me by the Australian Federal Police, I have come to the conclusion I reasonably suspect that Dr. Haneef has or has had an association with persons involved in criminal conduct, namely terrorism," Andrews responded.

"This is simply a matter of me looking at the responsibilities that I have under the migration legislation. Then making a decision," Mr. Andrews said.

"It happens on a regular basis where somebody is judged not to pass the character test," he said.

They also asked whether Andrews' decision went against "the legal norms we've established over a thousand years, that someone is innocent until proven guilty" to which Andrews stated that the detention was unrelated to the proceedings in Brisbane.

Andrews said that Haneef would be detained at the Villawood Detention Centre in Sydney until his next court date on 31 August 2007. Peter Russo, Haneef's lawyer, said he was preparing a legal challenge to the revocation of his visa.

Haneef was employed as a hospital registrar in Brisbane. He was legally working in the country under Australia's 457 visa program, which allows employers to hire foreign nationals temporarily to fill labor shortages.

Haneef was arrested on 02 July 2007, three days after the failed attacks in the United Kingdom, as he was trying to leave Australia on a one-way ticket to Bangalore, India. He has a wife and newborn son there. His wife claims that he traveled to India on a one-way ticket because he was planning to travel back with them. 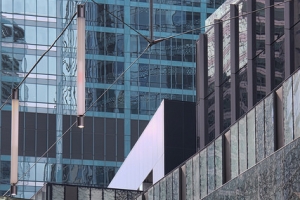 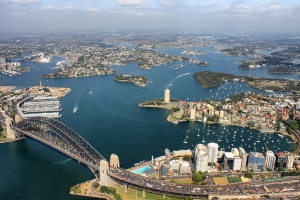 Comments (0)
With cheaper office rents than Mumbai (Bombay) and cheaper accountants than London, Australia could reverse the trend of jobs flooding offshore. Australia is in a strong position to benefit from the...