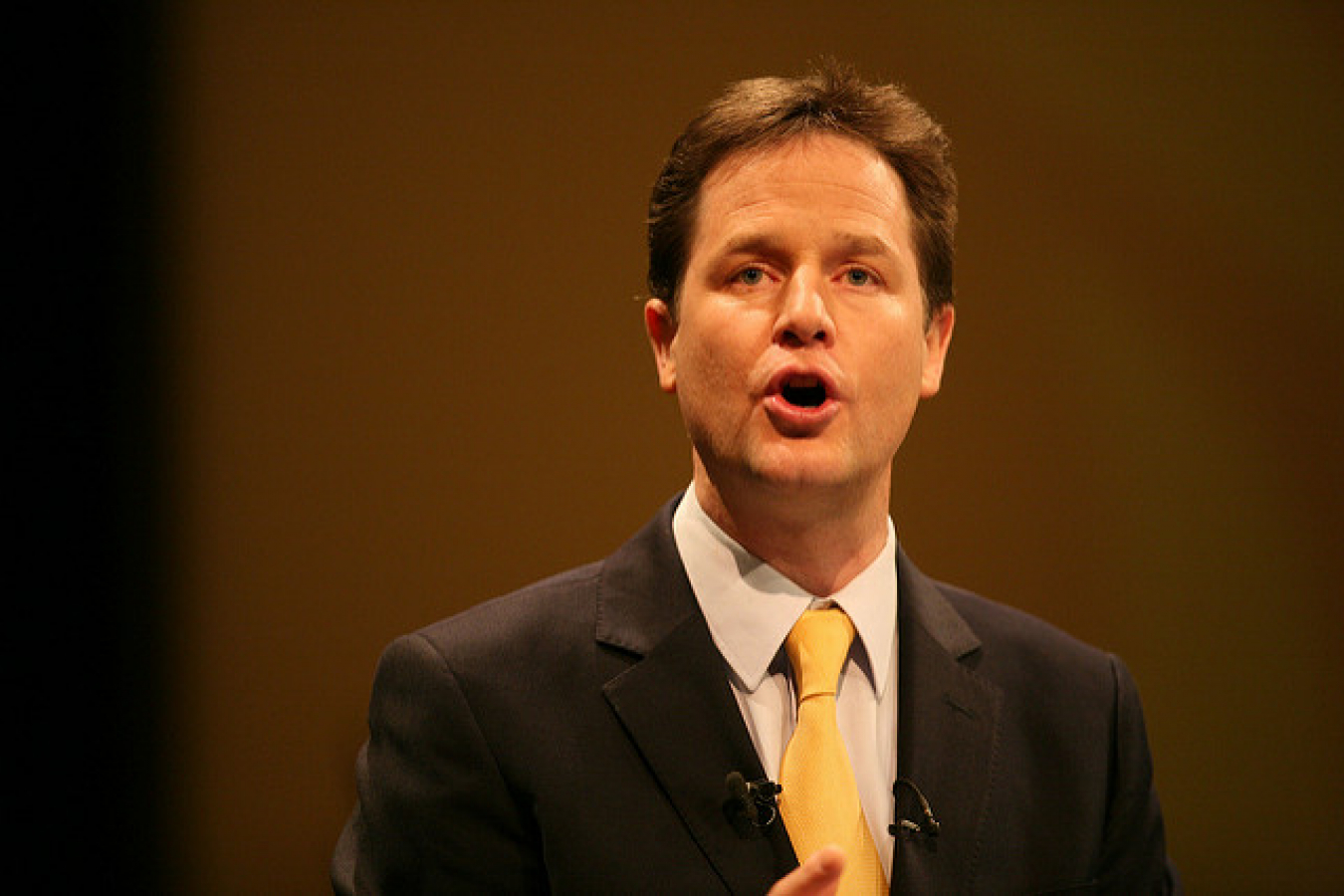 The UK's Deputy Prime Minister, Nick Clegg MP, has made a speech on immigration in which he proposed the introduction of a system of bond payments in order to prevent people coming to the UK from certain countries from overstaying their visas.

In a wide-ranging speech, about the immigration policy of his party, the Liberal Democrats, Mr Clegg said that he wanted to give British citizens three 'assurances'.

Mr Clegg is the leader of the Liberal Democrats who are the junior partner in the UK's Coalition government. The senior partner is the Conservative Party headed by UK Prime Minister David Cameron. Mr Clegg said that the government was doing good work on regaining control of the immigration system but he said that the previous Labour government had left chaos so there was still work to be done.

He said that the government had 'tightened up the Tier One route' which 'was supposedly for highly skilled visa applicants but was routinely exploited by people who didn't have those skills'.

He said that it had also reduced abuse of the Tier 4 student visa system and was reforming the system of appeals so that those refused leave to remain in the country would have fewer rights of appeal.

He said that the UK government would increase the maximum fine that could be imposed on UK employers who employed workers who were not entitled to work in the UK from £10,000 to £20,000.

Perhaps his most controversial proposal was the plan to introduce 'security bonds' to ensure that people who came to the UK on temporary visas would leave when their visas expired. He said that he had 'asked the Home Office to do some work on it with a view to running a pilot before the end of the year'.

Mr Clegg said the scheme was simple; 'in certain cases, when a visa applicant is coming from a high risk country…UKBA would be able to request a deposit – a kind of cash guarantee. Once the visitor leaves Britain, the bond will be repaid'. Mr Clegg said 'the bonds would need to be well-targeted – so they don't unfairly discriminate against particular groups'.

Even so, this proposal may go down badly with Liberal Democrat members who are traditionally more pro-immigration than members of other parties. The speech has been seen as an attempt to redefine his party's policy on immigration. While Mr Clegg made it clear that he believed that immigration had been positive for the UK, he also said that there were 'legitimate concerns' about immigration that had been ignored.

Mr Clegg was speaking at an event staged by The Centre Forum, a political think tank that his own mother is Dutch and his father is half Russian. His wife is Spanish. He said that many British people have similar connections; 'like millions of Brits, if you trace your blood lines back through the generations, you end up travelling around the globe'.

He said that, as a Liberal, he is proud of the UK's 'wonderful diversity and openness' but he said that the British immigration system had been run 'disastrously' by the UK's previous Labour government which was in power between 1997 and 2010.

Mr Clegg said 'The majority of people who come here work hard and make a contribution. Many have served in our armed forces and if every member of an immigrant community suddenly downed tools, countless businesses and services would suffer. The NHS would fall over'.

He said that British firms and universities were dependent upon immigrants but said that there were legitimate concerns about immigration. He said that the previous Labour government had left a chaotic system and had allowed mass immigration from eastern Europe which had put 'real strain on some communities'.

Mr Clegg also signalled a shift in Liberal Democrat policy by ordering a review of a pledge made in their manifesto before the 2010 election. At that election, the Lib Dems supported granting citizenship to all immigrants who had been in the UK for ten years illegally. Mr Clegg said that the policy was seen as a reward for breaking the law and therefore risked undermining confidence in the immigration system. He said 'our opponents called it an amnesty'. He said he was not convinced that it should be in the manifesto for the 2015 general election.