Illegal UK immigration to be a criminal offence 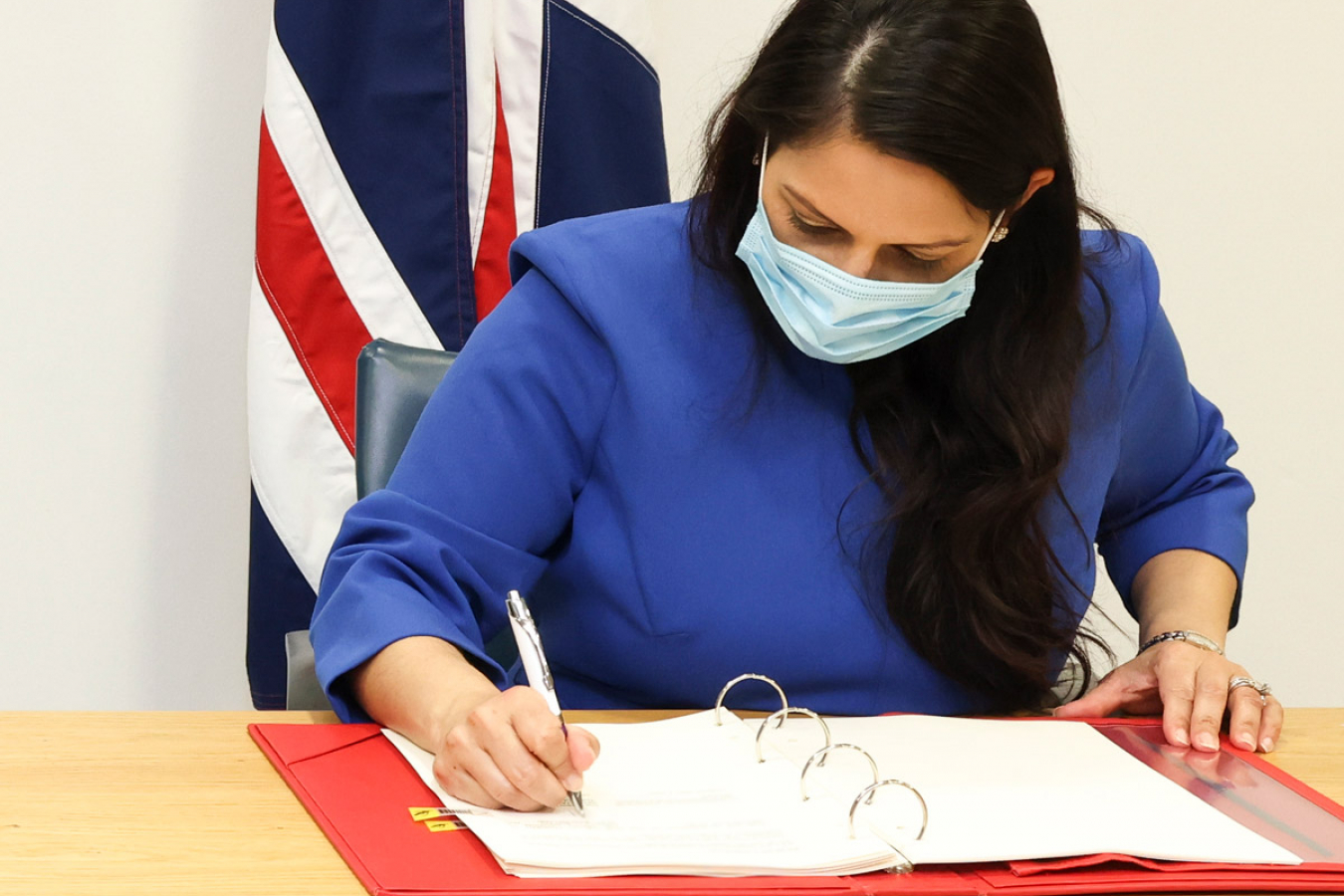 Illegal UK immigration will officially be made a crime with a new landmark borders bill set to be introduced in parliament. In an exclusive interview with the Sunday Express, Home Secretary Priti Patel has outlined her plans to overhaul the UK asylum system and clamp down on people traffickers.

The legislation comes as the UK braces itself for another summer of hundreds of illegal immigrants making the journey from France across the Channel to Britain’s shores. The new law also follows a reported deal between Britain and Denmark to create an offshore UK immigration processing centre in Africa to send people who are claiming asylum.

Ms Patel said: “The Nationality and Borders Bill contains vital measures to fix the UK’s broken asylum system. Our New Plan for UK Immigration is fair but firm. We will welcome people through safe and legal routes whilst preventing abuse of the system, cracking down on illegal entry and the criminality associated with it.”

One of the measures set to be brought in under the new Nationality and Borders Bill is automatic life sentences in prison for people found guilty of trafficking immigrants into Britain.

In addition, it will be made a criminal offence for people to ‘knowingly’ arrive in the UK without permission to be in the country.

The government has said that it hopes these tough measures will send a clear signal to migrants thinking about paying people smugglers to help them make perilous and illegal journeys to Britain.

The new bill is expected to be presented to the House of Commons on 6 July and will be the first step in putting the Home Secretary’s New Plan for UK immigration into law.

Under the bill, the government has said it will also target so-called, activist left-wing UK immigration lawyers, which some ministers have accused of exploiting legal loopholes to keep foreign criminals, including rapists and murderers, in Britain.

Another key measure of the bill is to deter illegal immigrants from coming to the UK in the first place. Patel is set to use the constant Channel crossings in small boats made by illegal immigrants as the main reason why the new law is needed.

The Home Secretary will most likely argue that those making the dangerous journey across the Channel will have come from a ‘safe’ country in the European Union in which they could have claimed asylum.

She will state that where this is the case, that immigrants are ‘not seeking refuge at the earliest opportunity’ or ‘showing good reason for entering the UK illegally’, but are instead ‘asylum shopping’ by choosing the UK as their preferred destination over other countries and using illegal routes by which to enter.

How people enter the UK will also impact how a person’s asylum claim will progress and their status in the UK if their claim is successful. People entering legally will be given preferential treatment, while those entering illegally can expect tough restrictions.

The Home Secretary is expecting a backlash over the new measures from Labour, but will argue that the changes will mean that access to the UK’s asylum system will be based on the genuine need of refuge, not on the ability to pay people smugglers.

In her interview with the Sunday Express, Patel warned that the ‘broken’ asylum system is buckling under the strain of what are, in effect, illegal routes to asylum facilitated by criminals smuggling people into Britain, which often leads to the tragic loss of life.

Further measures under the bill will see pressure on the courts and deportation system alleviated with the introduction of a new and expanded ‘one-stop process’. This will prevent the repeated meritless claims made by individuals who seek to delay their removal from the UK.