Immigrants are not allowed to leave Hungary 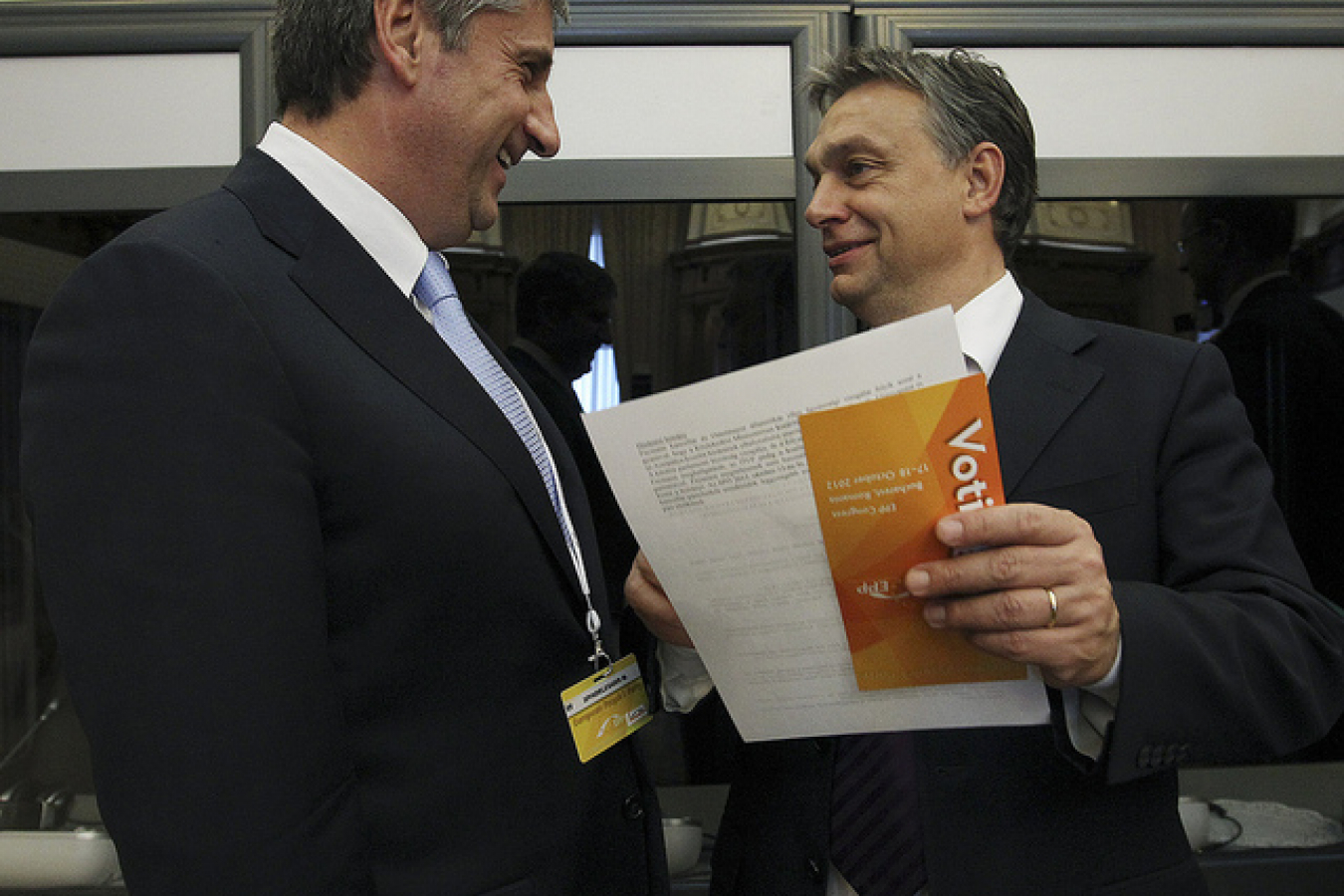 The main railway hub in the Hungarian capital, Budapest, was reopened on 3 September 2015 following a two-day lock down which prevented thousands of immigrants from travelling across Europe. A public announcement was made to say that trains for Western Europe had been suspended 'indefinitely'.

Anti-immigration Hungarian Prime Minister, Viktor Orban, said that people will not be permitted to leave Hungary until they've been properly registered; EU rules state that responsibility for accepting asylum claims lies with the country where a migrant first arrives.

However, many migrants don't want Hungary to be the country in which they register an asylum claim. Instead, many are looking to continue on to Germany before lodging an asylum application.

On Tuesday, 1 September and Wednesday, 2 September, thousands of migrants were left stranded outside Keleti station in East Budapest. Tensions increased. Riot Police were brought in to control the situation.

Many of the stranded migrants had purchased tickets. One unnamed protestor said: "They'll take our money for tickets, but won't allow us to travel. That's wrong."

Refugees not allowed to travel to Germany

The station was reopened on Thursday, 3 September. Nick Thorpe, a reporter for the BBC, who was live at the scene on the day, witnessed people piling on to a train bound for Munich, Germany. However, word soon spread that those boarding would not be permitted to travel to Germany. A public announcement revealed that any tickets for international travel would be accepted on internal trains.

Orban in Brussels for talks

While Keleti station was being reopened, Viktor Orban was in Brussels for talks over the current migrant crisis sweeping across Europe. He said that border control had become 'the number one issue across the continent.'

"The Hungarian people are fearful. They're looking on as EU leaders talk and debate about what should be done and all the while they see no one taking control of the situation," he said.

While attending a press conference with Martin Schulz, the European Parliamentary President, Orban was adamant that the migrant crisis is 'Germany's problem.' He added that 'nobody wants to remain in Hungary, our job is simply to register migrants.'

The Luxembourg foreign minister called for a European refugee agency to be established, which would see European officials deployed to borders in the event of a crisis.

Luxembourg, which holds the EU presidency, will chair a meeting on September 14 to tackle the current migrant crisis.

On Wednesday, 2 September, the scale of the crisis was put into perspective as images circulated of a three-year-old boy washed up on the shores of Turkey. The boy drowned along with 12 other migrants, 5 of which were children, trying to reach Greece.