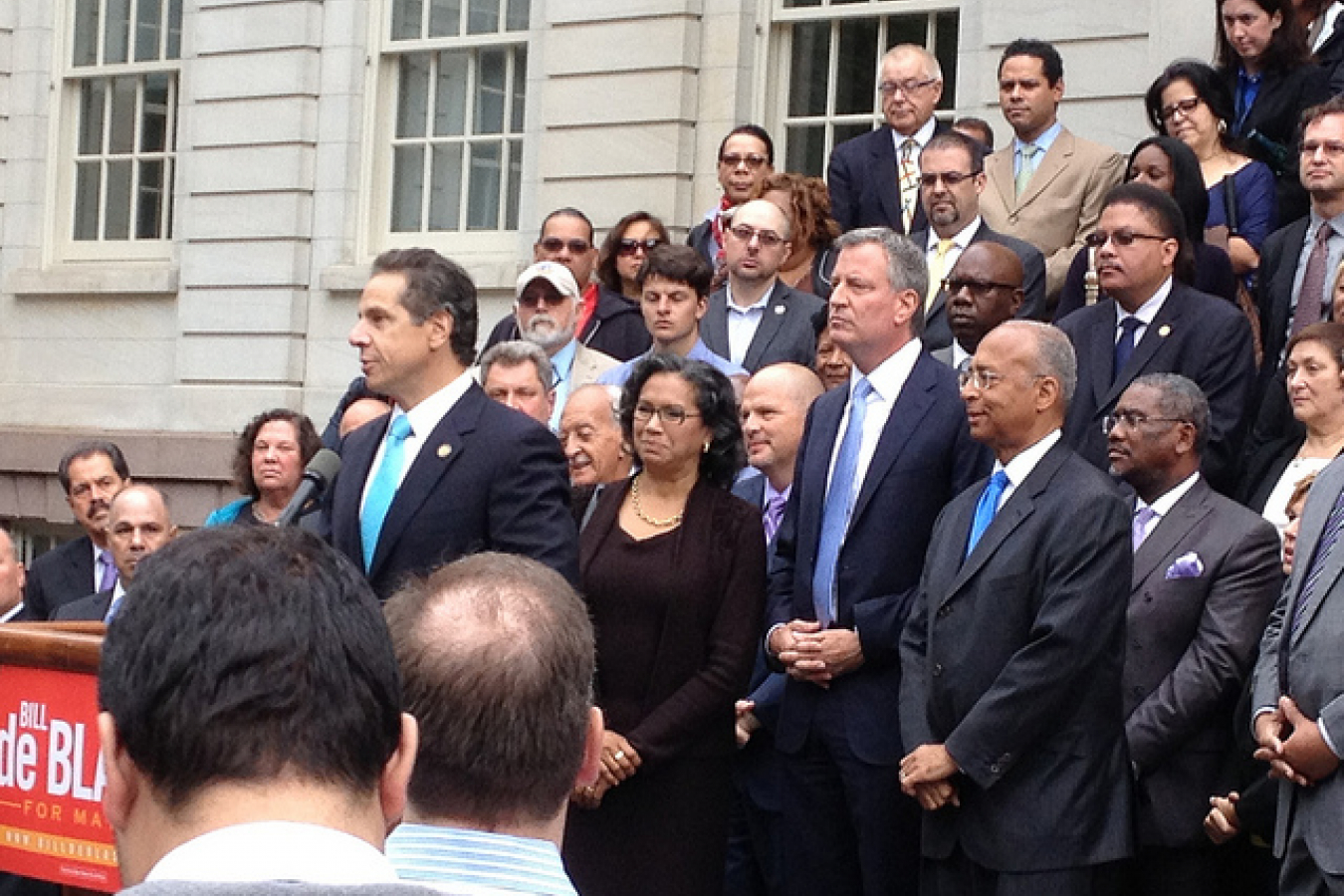 The mayor of New York City, Bill de Blasio, blasted EU immigration policies while speaking at an event in the Vatican on 21 July. He believes that the European Union has 'gravely failed Italy' over issues surrounding asylum seekers and immigration.

De Blasio, who was at the Vatican to deliver a speech on climate change and human trafficking, said that the European Union needs to overhaul its immigration policies to provide much needed assistance to member states struggling to cope with thousands of immigrants arriving at their borders by foot or by sea.

De Blasio said: "It deeply troubles me that the European Union is failing to take action, leaving Italy to fend for itself in dealing with rising numbers of migrants arriving on their soil. It's completely unfair."

According to De Blasio, the EU is failing to 'stand on the frontline and show solidarity' with member states such as Greece and Italy, where the majority of migrants crossing the Mediterranean are arriving by boat. He also said that many EU Countries show unity some of the time, but at other crucial times fail to do so.

De Blasio's comments come after a meeting of EU interior ministers in Brussels on July 20. The EU had agreed on this date to reach a deal to relocate 40,000 migrants currently residing in Italy and Greece.

However, ministers failed to reach a 'full scheme' agreement, but of the 40,000 to be relocated, EU member states have pledged to accept 32,256. It's understood that the remaining 7,774 will be allocated to other EU nations by December 2015.

The EU will be paying member states €6,000 [approximately £4,200] for every asylum seeker that is accepted. However, a minority of nations have refused to accept more asylum seekers, including Austria and Hungary. Austria said it was already overstretched.

Spain, and certain other European countries agreed to receive a reduced number of asylum seekers than originally proposed. Initially, Madrid was supposed to accept 4,200 in accordance with the EU's criteria, which is based on a country's wealth and population numbers, however, just 1,300 were accepted.

Spain was still not satisfied with the outcome though, mainly because the country is struggling to cope with border controls at its enclaves Ceuta and Melilla in northern Morocco.

Interior minister for Spain, Jorge Fernandez compared the relocation scheme to a 'distribution of flood water between the rooms rather than plugging the leak.'

Latvia and Poland also pledged to accept a reduced number of asylum seekers. Latvia agreed to 200, down from 500 and Poland agreed to 1,100 rather than 2,600. The two countries are concerned that 1.2 million displaced people in the Ukraine will seek refuge with them should a full-scale war with Russia break out.

Since January 2015, over 150,000 have attempted to cross the Mediterranean seeking a better life in the EU. The plight of migrants has received much publicity in recent months due to numerous boating tragedies, particularly off the coast of Italy.

The death toll has hit 1,900, with many attempted crossing involving children; Included among the dead was an 11-year-old who suffered from diabetes. The child had fled from Syria with family members, but died earlier this week.

De Blasio said: "Italy has been demanding the EU to come up with a solution for years, asking them to help deal with the influx of immigrants arriving on its shores. Migrants have been arriving in their droves on smugglers ships from Libya and other African nations. However, it's only when tragedy strikes the EU steps in."

He added: "Yes, the EU has strengthened its Mediterranean rescue operations and countries are starting to accept some of the asylum seekers, but reluctantly. Furthermore, there's almost another 8,000 that have yet to be relocated."