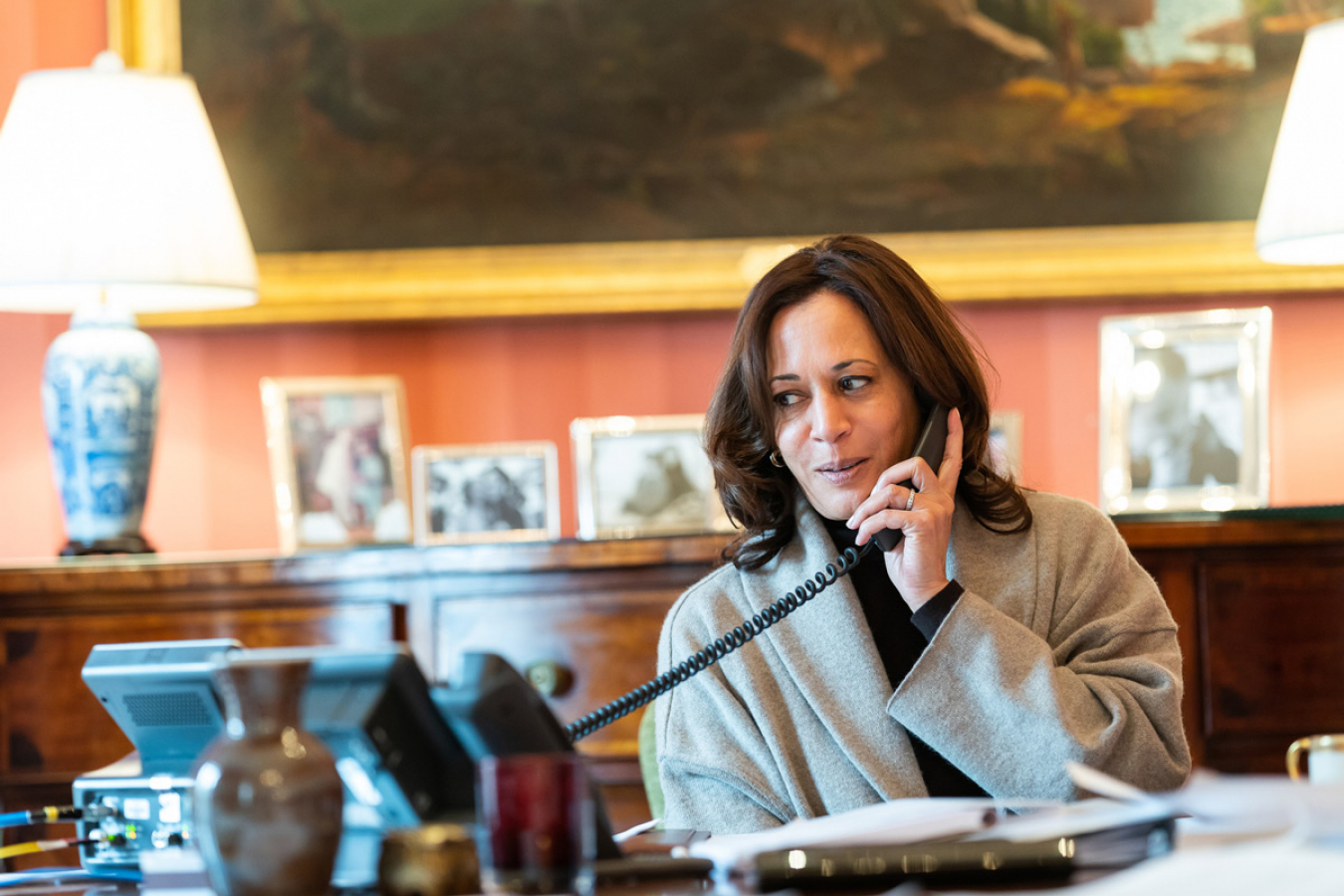 Despite US President Joe Biden tasking Kamala Harris with handling the migrant ‘crisis’ at the US border with Mexico, the Vice President reportedly has no US immigration-related meetings on her schedule. The situation at the southern border is worsening every day, claims some media reports.

However, over the weekend of March 27 and 28, Ms Harris made no media appearances on any of the major weekend news talk shows, according to a report published by The New York Post. This was despite lawmakers doing the rounds after their respective visits to the border.

Meanwhile, according to her diary, released by the Office of the Vice President, Kamala Harris has no US immigration-related meetings scheduled for the week commencing March 29.

The apparent lack of response amid the claims of a deepening crisis at the US southern border comes after the Biden administration reversed several of Donald Trump’s controversial US immigration policies, which has sparked in surge in the number of Central American and Mexican illegal migrants heading to the US border, including thousands of unaccompanied children.

The administration’s reversal of Trump policies, and the softer stance on US immigration taken by Democrats, has been taken as a sign by Northern Triangle countries – El Salvador, Honduras and Guatemala – that Joe Biden is inviting and welcoming migrants across the border.

Department of Homeland Security (DHS) Secretary, Alejandro Mayorkas, has moved to downplay fears of a crisis at the border, instead describing the situation as a ‘challenge’. Mayorkas blamed the Trump administration for the situation, which he said has left US immigration policy ‘in a mess’.

However, the data appears to show that migrants are flooding to the border because they believe that Biden will welcome into the US with open arms.

Biden and Harris recently met with Mayorkas and the Health and Human Services (HHS) Secretary, Xavier Becerra. This meeting followed meetings between US officials for the region and Mexico and Guatemala.

During these meetings, the Biden administration insisted that it would ‘engage with government officials from Mexico to develop an effective and humane plan of action to manage migration.’

The New York Post contacted the Office of the Vice President for comment, but got no response.

“Are we looking at overcrowding at the border, particularly these kids? Yes. Should these kids be in the custody of HHS, the Health and Human Services, instead of the Border Patrol? Yes. Should we be processing these cases faster? Yes,” Harris added.

Harris went on to echo comments made by Mayorkas, insisting that the blame for the issues at the border lie with Trump.

She said: “There are things that we need to do, especially since there was a system in place — previously, before the last administration — to allow us to process these kids in their country of origin. That was dismantled, we have to reconstruct it. It’s not going to happen overnight.”

If you would like to apply for a US work visa – including L1 visas, E2 visas, O1 visas and H1B visas – Workper2mit.com can help.