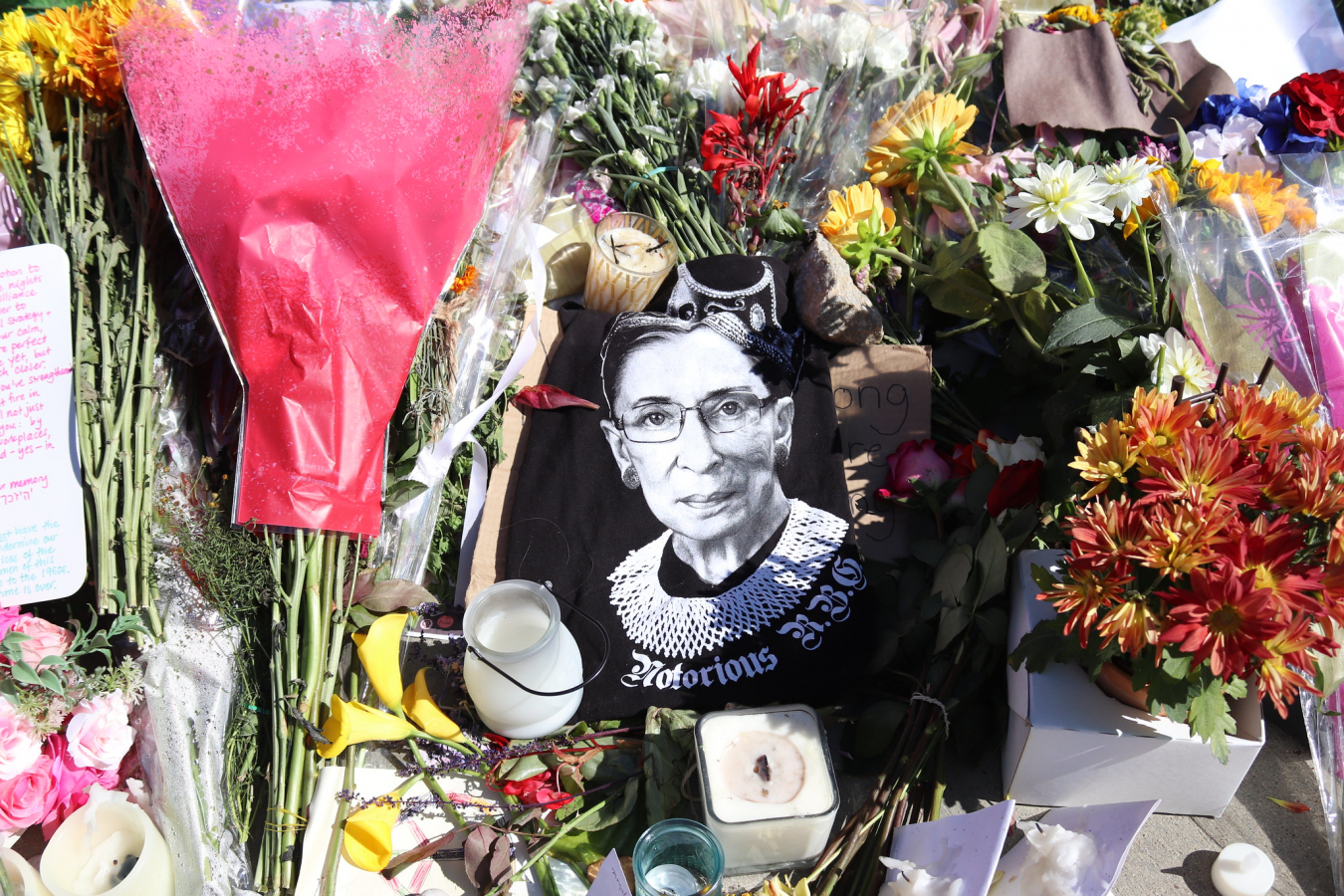 Since the death of liberal Justice Ruth Bader Ginsburg there has been a huge increase in donations to the Democratic Party.  “Progressives” raised more than $90m in 28 hours from Friday night.  If Ginsburg is replaced by a conservative justice this will mean a major change in the balance of power, with the Supreme Court having a more consistent right-wing majority.  This could result in a significant change in immigration policy for many years, which is presumably why many people wanted to make donations.

Whatever Trump may say it remains very uncertain that Ginsburg will be replaced before the 3 November presidential elections.  Some Republican senators are also against the idea.  Replacing Ginsburg with a conservative justice quickly could result in a political backlash by moderate Republican voters and undecided voters, and potential "revenge" by the Democrats who may be able to appoint more Democrat inclined justices.  There may not be the time to do so anyway before 3 November 2020.

Tributes have poured in for US immigration liberal Ruth Bader Ginsburg, who died on 18 September 2020, aged 87. The highly respected and influential Supreme Court judge, the Brooklyn-born daughter of a Jewish immigrant from Russia, was only the second woman to rise to the bench of America’s highest court.

Described as a ‘voice for the excluded and oppressed’ by Latinos, Ginsburg fought tirelessly for civil, voting and immigrants’ rights and much more. The hugely popular judge’s death is being mourned across the US.

There are now fears that Ginsburg’s death could leave the high court deadlocked over a number of contentious issues in the run up to November’s presidential elections, including US immigration.

Judge Ginsburg had opposed the Trump administration in a handful of high-stakes rulings in recent months, including standing against the President’s attempts to scrap an Obama-era program that protects so-called ‘Dreamers’ called DACA.

Meanwhile, in 2019, Ginsburg was instrumental in a ruling that overturned a Trump administration attempt to add a citizenship questionnaire to the 2020 US Census.

However, each of these issues are still active, with the Court failing to wholly prevent the Trump administration from looking at other ways to end protections for Dreamers and to include a questionnaire as part of the 2020 Census.

Trump had recently tried to exclude undocumented immigrants from the Census count, through the Commerce Department, for the purpose of Congressional reapportionment. However, his efforts were blocked by a federal court earlier this month, but the administration has since appealed to the Supreme Court.

Dan Stein of the Federation for American Immigration Reform (FAIR), which has ties to white supremacist groups and has made racist statements in the past, said: “Ginsburg’s death is an opportunity for Trump to put someone in place who is good on the US immigration issue in the Supreme Court.”

Meanwhile, Hispanic leaders and organizations, described Ginsburg as a ‘trailblazer.’ Greisa Martinez of United We Dream, the country’s largest immigrant youth-led network, said: “Supreme Court Justice Ruth Bader Ginsburg was a fierce trailblazer in the fight for women’s equality and a champion for justice.”

“I join freedom fighters everywhere in mourning her passing. You will be missed, but your impact and legacy will be far reaching. We will continue to honor your legacy with our work. ¡La lucha sigue! The fight continues! Rest in power, Justice Ginsburg,” Martinez added.

Justice Ginsburg had served in the high court for 27 years and was renowned for her fierce defence of immigrants having herself been a daughter and granddaughter of immigrants. Her father was a Jewish immigrant from Russia and her mother had Austrian-Jewish origins.

During a US Naturalization Ceremony in Washington D.C. in 2018, Ginsburg said: “Immigrants have historically been on ‘the vanguard’ of the fight against discrimination.

“We are a nation made strong by people like you [immigrants], people who travelled long distances, overcame great obstacles and made tremendous sacrifices, all to provide a better life for themselves and their families.”

Several states across the US have paid tribute to ‘pioneering Justice Ginsburg’. The US Senator for Hawaii posted on Twitter: “Justice Ruth Bader Ginsburg was a giant. There are literally not enough words to describe the transformational impact she had on the lives of millions of Americans as an advocate and a jurist.”

In Minnesota, Veena Iyer, the Executive Director of the Immigrant Law Center of Minnesota, said: “As the child of immigrants, as a woman, as a mother of daughters and as a lawyer, I’m really just so sad to lose Justice Ginsburg.”

Iyer credited Ginsburg with preventing indefinite immigrant detentions and the scrapping of the DACA program, which impacts 5,000 Minnesotans. However, Iyer expressed concern over what the future holds, saying: “I think there are so many folks who are scared because who knows what’s going to happen.”

A number of memorials and vigils have taken place across America following Ginsburg’s passing. The popular judge died of pancreatic cancer. The Supreme Court became the backdrop for a huge memorial on 19 September, while in the city of Santa Ana, hundreds of women dressed in Handmaid’s Tale robes.

The Handmaid’s Tale tells the story of a dystopian future where women become the property of the state. A statement from the groups organizing the vigil in Santa Ana said: “In a symbolic gesture of what could happen if Judge Ginsburg’s legacy is not protected and her deathbed wishes are not respected, participants dressed in handmaid robes.”

Who will replace Ginsburg?

Following the death of Ginsburg, attention will turn to her likely replacement. Ginsburg’s dying wish, according to reports, is that her replacement is not sworn in until the outcome of the November 3 presidential elections.

Trump has hinted that he will replace Ginsburg with a woman, but said the seat must be filled ‘without delay’. The US President has reportedly already drawn up a shortlist that includes:

It remains to be seen if Trump honors Ginsburg’s dying wish or presses ahead in appointing her replacement prior to the election.