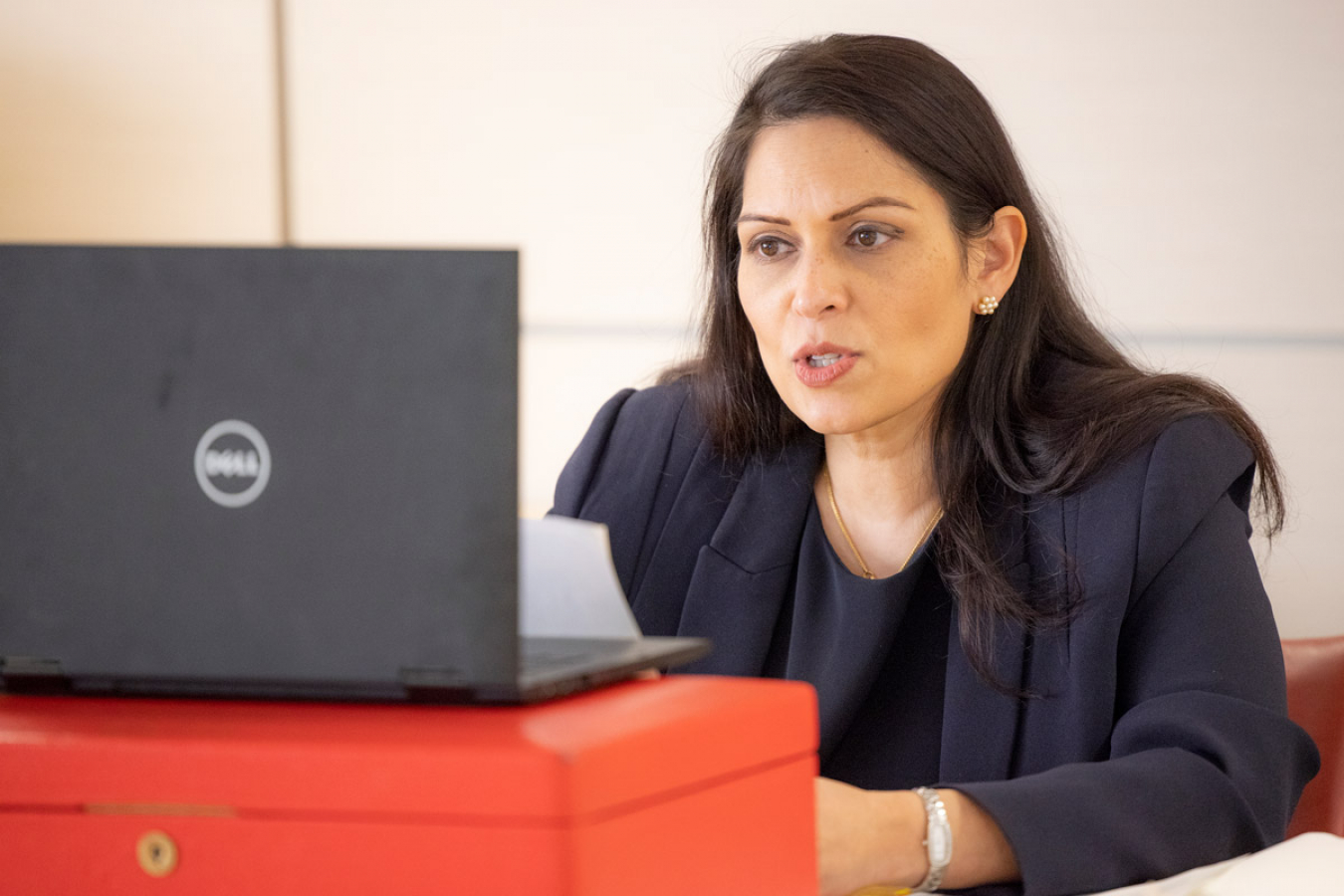 Priti Patel’s UK immigration plans suffered a major blow recently as EU countries snubbed bilateral agreements with Britain to facilitate the deportation of refugees to Europe. New plans unveiled by the Home Secretary in March would see refugees arriving in the UK legally denied the automatic right to asylum.

Instead, the new measures would see those seeking asylum forcibly removed to safe countries that they had passed through on route to Britain, nations that are often in the European Union.

The Home Office has stated that it intends to ‘replace the Dublin regulation’, which allowed the UK to return asylum seekers to EU member states while Britain was still part of the bloc under ‘bilateral returns arrangements’.

However, according to a report published by The Independent, Belgium, France and Germany intend to snub bilateral deals with Britain, warning that the UK ‘cannot continue to rely on EU solidarity’ and that it remains ‘bound by international law’.

Meanwhile, it has been revealed that a number of people in Napier Barracks, a military facility that is currently accommodating a number of asylum seekers, have been issued with letters by the Home Office stating that they may face removal from the UK to Europe and that their claims for protection may not be considered by Britain.

Lawyers have warned that with a number of EU countries unwilling to enter into bilateral agreements with the UK, the protection claims of thousands of vulnerable people could end up on hold for ‘no good reason’.

Sammy Mahdi, the migration and asylum secretary for Belgium, said: “Belgium has no intention of negotiating unilateral readmission agreements with the UK. I have already explained my position to the UK immigration minister, Chris Philp.”

“Despite Brexit, trans-migrants cannot be sent back to Belgium just like that. The UK chose to leave the EU and therefore cannot continue to count on our European solidarity. We cannot be expected simply to agree on the return of these migrants,” Mr Mahdi added.

The German embassy in London told The Independent that there had been no negotiations between Germany and the UK on arrangements for the return of asylum seekers. The embassy said: “Germany generally prefers a common EU approach,” – hinting that bilateral return deals are not on the cards.

Meanwhile, France echoed Germany’s remarks, with a spokesperson for the French government saying: “We will naturally continue our operational cooperation to prevent departures and fight against smuggling networks. With regards to readmissions, asylum is a European subject, which calls for a European response.”

In August 2020, EU officials rejected a request made by the UK for a pact that would enable the British government to return asylum seekers to European countries. Officials said: “The proposal isn’t very operational and doesn’t bring a lot of added value.”

Former British MEP, Claude Morales, said that nothing had changed regarding the EU’s position and hinted that the UK government was aware of this. He said: “The EU will not budge on this. They have no sympathy for Britain on this because they realise Britain played fast and loose on this during Brexit, and they have taken much bigger numbers.”

“In the end, there will be smoke and mirrors and they will swallow big numbers. We will end up taking refugees, but we will pretend to play hardball and in the end there will be some brutal things happening. Probably they will pick some far-flung territory and test the waters,” Morales added.

According to a letter seen by The Independent, and sent by the Home Office to a number of asylum seekers currently housed at Napier Barracks, it has been stated that there is ‘evidence’ to suggest they ‘were present or had a connection’ in an EU state prior to arriving in the UK. Therefore, their claim for asylum in the UK would be deemed ‘inadmissible’.

The letter states: “If your claim is treated as inadmissible, we will not ask you about your reasons for claiming asylum or make a decision on your protection claim. We will attempt to remove you to [EU country] in which you were present or have a connection, or any other safe country that will receive you.”

Maddie Harris of the Humans for Rights Network, which has been supporting several asylum seekers who have received the Home Office letters, said it was ‘political fodder’ to notify individuals that they are subject to the inadmissibility rule without the UK having a returns agreement with EU countries.

Ms Harris warned that the situation would further exacerbate high levels of mental health problems among people housed at Napier Barracks. It’s understood that at least 15 people have already been transferred out of the camp on vulnerability grounds. Meanwhile, charities have said that at least two people have attempted suicide in recent weeks.

“The delay created for those subject to the inadmissibility rule, on top of pre-existing long delays within the UK asylum system, will prevent people from beginning their lives again in the UK,” Ms Harris said.

“It will create a serious deterioration in people’s mental health whilst the threat of removal from the UK, possibly to a country they have never set foot in, hangs over their heads,” Ms Harris added.

Home Office ministers and civil servants have described Patel’s plans to deport asylum seekers to other nations as ‘unworkable’ and would end up costing UK taxpayers even more.

Meanwhile, Chris Philp said: “All countries have a moral responsibility to tackle the issue of illegal migration. We expect our international partners to engage with us on this, building on our good current cooperation.”

“Individuals should claim asylum in the first safe country they reached – rather than making dangerous and illegal journeys to the UK. In December, we introduced new rules to make asylum claims inadmissible where people have travelled through or have a connection to safe countries and we are now delivering on this commitment,” Mr Philp added.