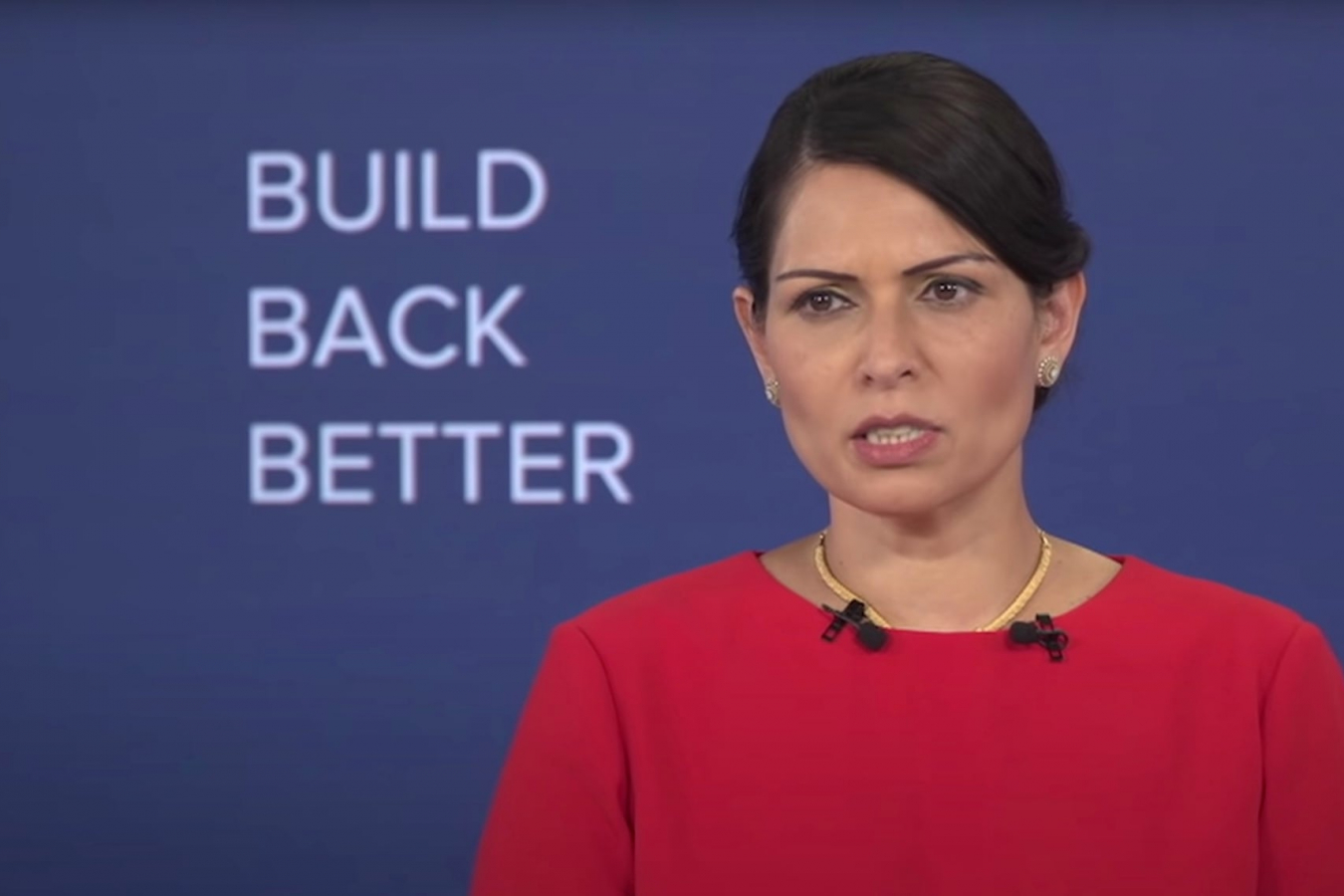 It seems Boris Johnson and Priti Patel think that things are just fine without lawyers and other people to defend our rights.  That is clearly not the case.  The Windrush scandal was exposed because of a campaign by Caribbean diplomats, some politicians and the Guardian.  Human Rights lawyers have helped to prepare compensation claims against the Government.

The Government is currently funding legal action to try and make sure that people have fewer rights, when complaining about discrimination and abusive behaviour by an organisation closely linked to the Home Office.  Officials should not behave like this and break the law.  Lawyers are needed to prepare discrimination claims and take legal action.

While there are serious problems with the legal system, just trusting the Government is not the answer.  It has been suggested that Priti Patel's remarks inspired a knife attack at a Law Firm.  This is not the behaviour of a responsible government.

UK Home Secretary, Priti Patel, has been accused of putting the lives and safety of immigration lawyers and court staff at risk after labelling those defending migrants as ‘lefties’ and ‘do-gooders’. The President of the Law Society blasted Patel’s comments, made at a Conservative Party conference, and accused her of undermining the legal system.

Meanwhile, the chair of the Bar Council said that the Home Secretary’s comments sought to ‘demonise’ people offering an invaluable public service. Several immigration lawyers have said that Patel’s comments have endangered the safety of anyone working in the court system.

Patel launched a scathing attack on UK immigration lawyers, going as far as saying that they are ‘as bad as people traffickers’, because lawyers defend a system from which they make a profit.

Simon Davis, President of the Law Society, wrote to the Home Office to complain about a video posted in August that attacked so-called ‘activist lawyers.’ Mr Davis said: “The fact that a lawyer represents an asylum seeker does not make them a ‘lefty lawyer’. It simply makes them a lawyer.”

“Hurling insults at lawyers undermines the rule of law in an area where views are already hotly held on all sides and risks leading not just to verbal abuse, but to lawyers being physically attacked for doing their job,” Mr Davis added.

Davis blasted Patel and Johnson for their blatant disregard of the legal system, which has been built over centuries and ensures that the power is not abused.

Davis said: “Where legal questions need to be decided, citizens have access to legal advice and recourse through the courts, and will receive a fair hearing, no matter how their case is perceived publicly or by government.”

“Attacks on members of the legal profession for doing their jobs do our country no credit. Government ministers must be unequivocal in their support for the rule of law,” Davis added.

Meanwhile Amanda Pinto, chair of the Bar Council, said: “Attempting to paint lawyers with the ‘leftie’ brush seeks to demonise the very people helping constituents every day, without agenda, simply because they provide a vital public service.”

“Lawyers carry out their duty and apply the law, irrespective of political persuasion, in accordance with our professional standards. Given our duty to the court and our commitment to justice more generally, barristers, as well as solicitors, must do just that,” Pinto added.

Pinto argued that it’s not the role of lawyers to restrict parliament’s own laws to the extent that the government in power finds them favourable for serving a political agenda. “The law, not politics, is what matters to a profession that upholds the rule of law,” Pinto said.

The Bar Council chair referred to a comment made by Patel’s cabinet colleague Lord Chancellor Robert Buckland recently. Lord Buckland said: “It is wholly wrong for any professional to be threatened, harassed or worse, attacked simply for doing their job – we must call it out and deal with it.”

“We must make the point that those who attack people providing a professional service will be subject to that very same rule of law,” Lord Buckland added.

Immigration lawyers thrown under the bus

Many UK immigration lawyers have accused the Home Secretary and the Prime Minister of ‘throwing them under the bus.’

One lawyer said: “Patel doesn’t care if immigration lawyers - or staff who work with us - get murdered. She will have been warned of the risks. She deliberately chooses to take them, while the Lord Chancellor, Attorney General and Solicitor General are silent.”

“Barristers aren’t allowed, under our rules, to turn away clients because of what they’ve done. I’ve represented convicted murderers and victims of terrible crimes,” the lawyer added.

The same lawyer accused Patel of ‘hating’ legal professionals, saying: “Our job is to try and ensure the law is upheld by the powerful: the courts and the state. That’s why Patel hates us.”

Another lawyer made the point that Patel’s comments endanger her very own staff and lawyers, many of whom spend their days at court attending tribunals, before saying that Patel just ‘doesn’t care.’ “Like Trump spluttering coronavirus over people who protect him, she’ll throw anyone under the bus,” the lawyer said.

He said: “53 per cent of asylum applications are granted on initial application, rising to 73 per cent when appeals are taken into account. The Law Society has long called for improvements to the UK asylum and immigration system, which is beset with delays and poor decision-making.”

In an effort to diffuse the situation, a spokesperson for the Home Office said: “Lawyers play an important role in upholding the law and ensuring people have access to justice, and we are absolutely clear that any form of violence against them is utterly unacceptable.”

“We will continue to return those who have been through the legal system, had their application for asylum refused and have no legal right to remain in the UK, and look forward to working with the legal sector to reform our immigration and asylum system,” the spokesperson added.