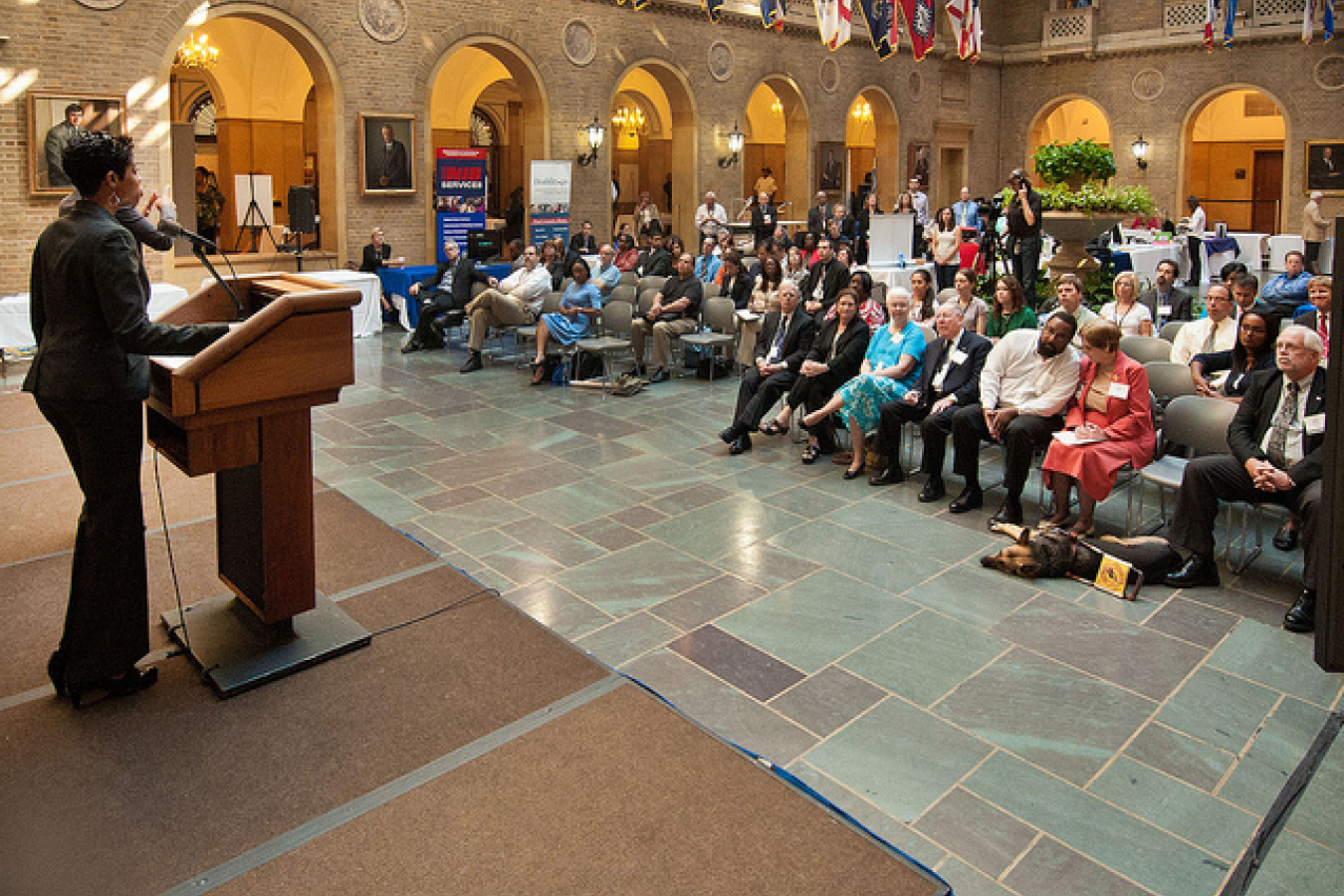 The House of Representatives, controlled by the Republican Party, has passed the STEM Jobs Act. This act would, if it became law, allow 55,000 more highly skilled graduates to get US 'green cards' or permanent resident visas.

However, it seems unlikely that the Act will ever come into force because the Democratic Party has said that it opposes the bill. President Obama has said that, if the bill is passed by the Senate, he will veto it.

In order for legislation to become law in the US, it must be approved by both houses of the US Congress; the House of Representatives and the Senate, The President must then sign the act, which gives him a veto on all legislation. The Republicans currently control the House of Representatives and the Democrats control the Senate and the Presidency.

The STEM Jobs Act would have allowed the US Citizenship and Immigration Service (USCIS) to give 55,000 green cards to graduates with a doctorate degree or a master's degree from a US university in one of the STEM subjects; science, technology, engineering and mathematics. In order for their petition (application) to succeed, they would also have to undertake to work for at least five years for the US company that sponsors their application.

Democrats have refused to back the legislation because they object to the fact that the act would also close down the Diversity Immigrant Visa Program. This program, also known as the Green Card Lottery, distributes the 55,000 green cards to people from countries with low rates of immigration to the US. Democrat Representative Zoe Lofgren explained why she had voted against the bill saying 'I can't support a bill that pits immigrant communities against each other. There's no reason that giving a green card to one person should mean taking one away from someone else.',

Gregory Ferenstein, writing for the Techcrunch website, said that the Republicans only proposed the STEM Jobs Act now in order to make the Democrats appear to be 'anti-innovation'. The Democrats gained a great deal of funding from the high-tech sector in the recent presidential election because the sector believed that President Obama was more likely to reform the immigration system to allow greater skilled immigration.

By introducing the STEM Jobs Act, which they knew the Democrats would have to oppose, the Republicans hoped to make high-tech companies see the Republicans as the more pro-skilled-immigration party. They knew, Mr Ferenstein suggests, that the act had no chance of becoming law.

And so it seems that there will be no reform before President Obama is inaugurated for his second term in January and it is unclear whether the two parties will be able to find any common ground even then.