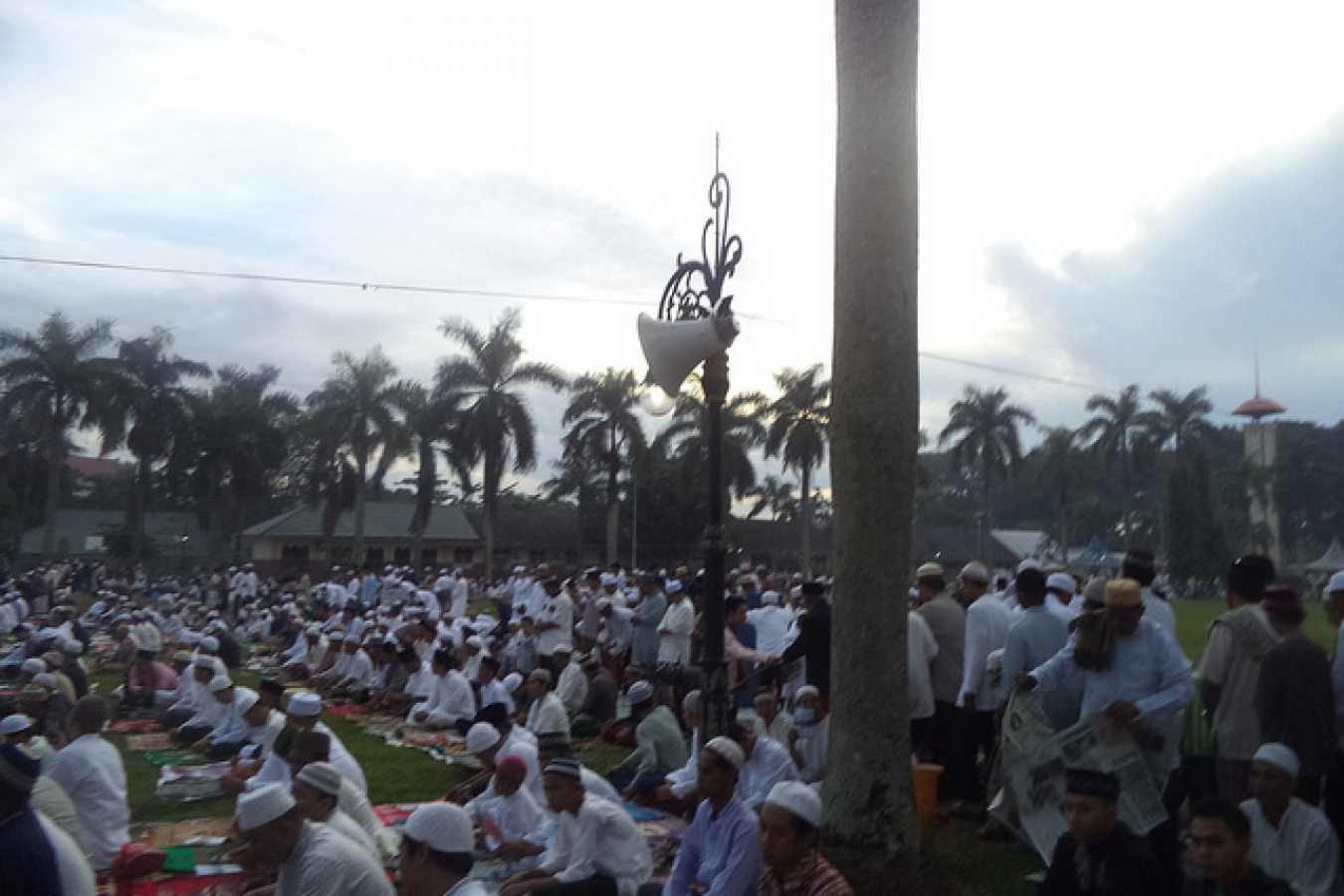 There are reports that Australian vessels fired into the air above the heads of asylum seekers to 'encourage them' to turn back. This would be contrary to the 1951 Refugee Convention, of which Australia is a signatory.

Relations between Australia and Indonesia have deteriorated since September 2013 when the Coalition was elected as the new government of Australia. The Coalition promised, during the election campaign, to take steps to prevent asylum seekers from reaching Australia.

Operation Sovereign Borders is a multi-agency operation which employs the Australian navy, immigration officers and police. The Australian Chief of Navy, Admiral Griggs has contacted the chief of the Indonesian navy to explain how 'positional errors' which were 'in breach of Australian government policy' occurred.

'We regret any affront to Indonesia' - Campbell

Lieutenant General Campbell told journalists 'We have never intended for our assets to operate or to enter the sovereign territory of another nation. Our people on these vessels believe they were at all times outside Indonesian waters. I'm sure all those involved…regret any affront to Indonesia'.

Immigration minister Scott Morrison also admitted that Australian vessels have encroached into Indonesian waters and has told journalists that an official apology has been delivered to the Indonesian government.

Meanwhile, the Indonesian authorities are investigating allegations that boats were illegally turned back by Australian forces. One boat was, according to those on board, within sight of Christmas Island when it was intercepted and taken back to international waters. The boat, according to those on board, had insufficient fuel and drifted for six days.

Several migrants have claimed that the boats they were on were intercepted by Australian naval vessels. One such migrant claims he and his fellow passengers were held on an Australian vessel for several days before being returned to Indonesian waters.

They were then put into small lifeboats and left some distance off the coast in Indonesian waters; to reach Indonesia would take about three hours by boat.

While Mr Morrison has apologised for the Australian incursion into Indonesian waters, he has not apologised for other actions taken as part of Operation Sovereign Borders.

Mr Morrison has refused to comment on allegation that Australian forces have been turning back the boats. He told journalists that Australia would continue with the operation which was 'having a significant impact on the activities of people smugglers.

He said that people smugglers, and those intending to seek asylum should be aware that 'this Australian government will take the actions necessary to protect Australian sovereignty [and] to stop the boats'.

General Campbell also refused to comment on the allegations but he did confirm that Australian forces have bought a consignment of lifeboats.

Many people from all over Asia make their way to Indonesia and pay people smugglers fees of around $10,000 to take them by boat to Australian territory.

Under international law, if a migrant arrives in a country and claims asylum, that country cannot summarily turn him back until that claim has been properly investigated.

The Australian opposition leader, Bill Shorten told journalists 'Scott Morrison's arrogance is damaging our relationship with Indonesia. They [the government] are trying to blame the navy for Abbott government (the Coalition is headed by Prime Minister Tony Abbott) policies'.