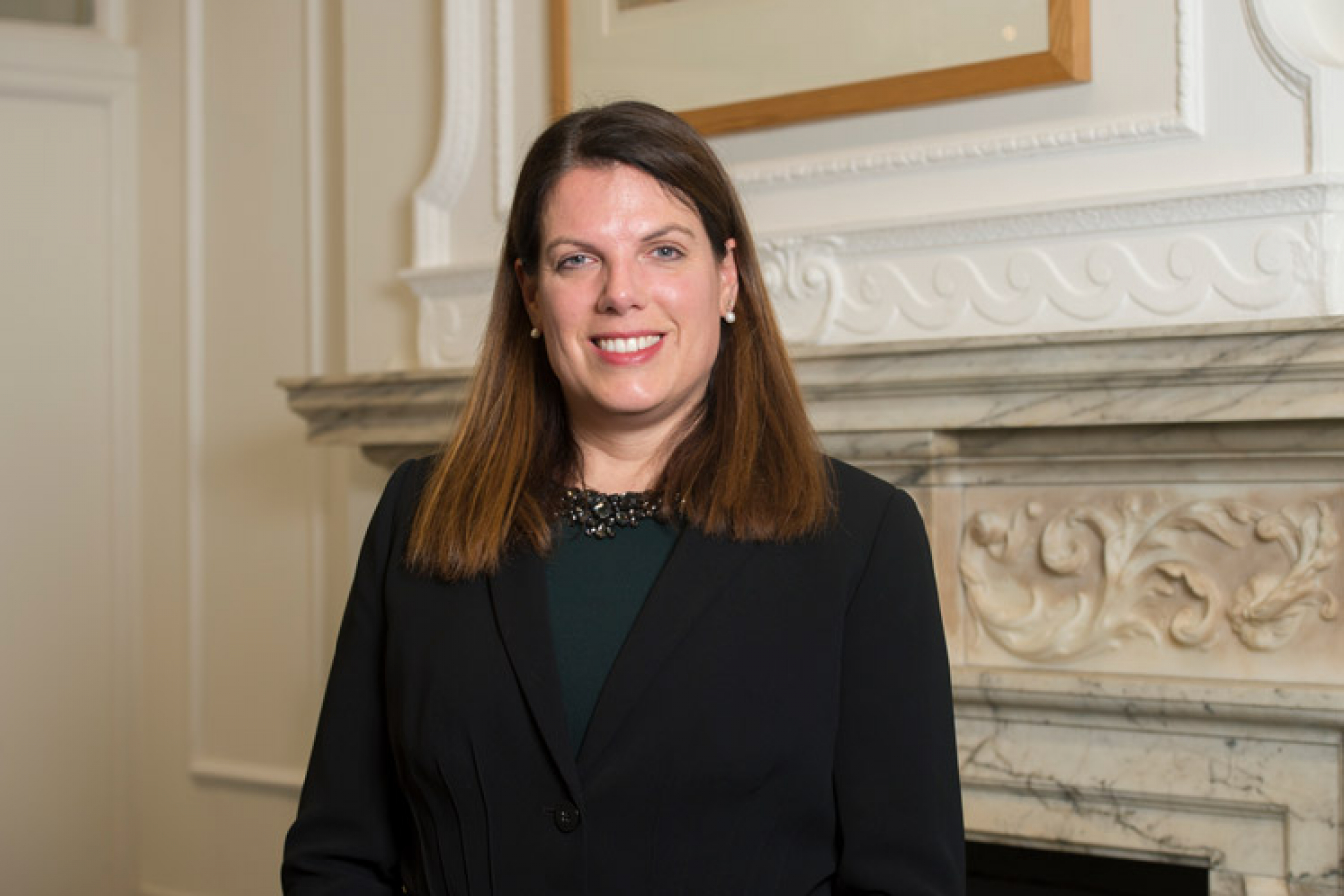 Former UK immigration minister Caroline Nokes, who was sacked by Prime Minister Boris Johnson in July 2019, has slammed the Home Office’s ‘inhuman’ approach to immigration. In an exclusive interview with The Independent Ms Nokes, the Conservative MP for Romsey and Southampton North, said that the government will only make things worse.

Nokes said that further problems are on the horizon that will cost British taxpayers more money. Commenting on the state of the Home Office, she labelled the direction that her former department was taking as ‘profoundly depressing’ and ‘hideously wrong’.

In her interview with The Independent, Nokes accused government ministers of ‘paying lip service’ to Wendy Williams’ damning Lessons Learned report into the Windrush scandal – which surfaced while Nokes was serving as the UK visa and immigration minister.

According to Nokes, the Home Office is failing to put people at the heart of its UK immigration policy, as recommended by Wendy Williams’ review. Ms Nokes took a swipe at current UK immigration minister, Chris Philp, and Home Secretary, Priti Patel, over their approach to the UK asylum system.

She said: “The increasingly brutal response risks whipping up an unpleasant reaction to some very vulnerable people, as well as creating legal and financial problems for ministers in the future.”

In 2020, following the release of the Lessons Learned report, Priti Patel pledged to act on all 30 recommendations made by Williams in the review.

However, Nokes claimed that commitments to changing Home Office culture in the wake of the Windrush scandal have been ‘torn up, disregarded and deemed completely irrelevant’ when making decisions on UK asylum applications.

She told The Independent: “I don’t know where we go next from here. I think it’s a great shame that they aren’t being more compassionate towards some really vulnerable people.”

Nokes also slammed Home Office ministers for derogatory comments made about immigration lawyers who challenge deportations, with the government agency describing them as ‘lefty lawyers’ and ‘activists’.

The former UK immigration minister said Britain’s legal system has an ‘important role to play’ in the removal process and condemned her predecessor for failing to uphold commitments to global refugee settlement.

In October 2020, Priti Patel said that the Home Office was ‘going to fix the UK’s fundamentally broken asylum system to make it firm and fair.’ The Home Secretary said it would be the ‘biggest overhaul of the system in decades.’

Patel’s pledge prompted ministers to draft plans for a faster deportation process for removing asylum seekers to the EU following the Brexit transition period, while those waiting for a decision on their claim would be placed in a number of ‘camps’.

One of the camps in question is set to be located in Ms Nokes’ constituency, based on Ministry of Defence (MoD) land that the former immigration minister claims has ‘no electricity or water mains.’

The 500 asylum seekers likely to be accommodated at the camp will have no access to healthcare and will be in close proximity to gunfire because of a nearby gun range.

However, the Home Office has insisted that the site will have running water, electricity and sanitation, before asylum seekers are moved there. The government agency also said that it would aim to meet statutory healthcare obligations.

Nokes said that such camps are ‘deeply worrying’, saying: “We know these people are going to have had huge trauma. It fills me with horror that our supported asylum accommodation processes have gone so hideously wrong that they can’t even recognise that this is not a decent way to accommodate people.”

Nokes also took aim at Home Office plans to make UK asylum claims ‘inadmissible’ for those who had arrived in Britain having passed through a safe third country. The MP said that this approach would ‘likely backfire’, costing more, increasing delays in the asylum system and running the risk of failing to follow correct protocols.

The former UK immigration minister said: “The reality is that people will still arrive and claim asylum, but we’re trying to create two classes of asylum seeker: those whose application will be processed and those whose won’t. I don’t see that this in any way speeds anything up. In fact, arguably it slows things down.”

“It will cost more – that’s my analysis. My fear is that this new system is actually going to just add time, add complication, and therefore all that does is add cost. So I don’t think that this is any solution,” Nokes added.

Nokes claims that the asylum budget was ‘always a battle for resources,’ while stating that it was a ‘tough nut to crack.’ She said that trying to crack it by being inhuman towards people is not the right approach.

The Romsey and Southampton North MP further criticised the Home Office over its failure to commit to restarting the UK’s refugee resettlement programme. Plans to welcome more than 5,000 refugees into the UK in 2020 were abandoned following the coronavirus pandemic.

However, with other countries such as France, Italy and Spain reopening their refugee resettlement programmes, Nokes is baffled as to why the UK hasn’t done the same.

She said: “I totally get COVID, but there’s been no affirmation of what happens in 2021. The resettlement scheme was ground-breaking and full credit to David Cameron for putting it in place and Theresa May for seeing it through, but the stark reality is there now appears to be no firm, ongoing commitment to global refugee resettlement.”

“I get quite angry when the minister refers to our proud history [of refugee resettlement]. Sure, we’ve resettled a lot of people, but we’re not resettling any at the moment and he’s not made any commitment for the future,” Nokes added.

When asked by The Independent about the government’s ‘lefty lawyer’ slur aimed at legal professionals, Nokes said that ministers have ‘really good cause to be frustrated’ when people try one route, then another and then another to try and enter the UK.

However, she condemned the government’s current rhetoric, which she said risks undermining the judiciary system. Nokes said: “Do we believe in the judicial process in this country? I think we do. And I think it’s quite problematic trying to turn a whole profession into your enemy.”

“You have to be able to look at a decision and know that it’s been fairly scrutinised and that the decision is the right one, and that’s where the legal system comes in,” Nokes added.

Commenting on a recent charter flight bound for Jamaica, which saw 35 foreign national offenders (FNO) removed from the plane just hours before take-off after it emerged that they had valid UK asylum claims, Nokes questioned whether ministers had given enough attention to ensuring that each person on the plane was being lawfully removed.

Nokes said: “I used to have to go through the FNO flights to Jamaica [during my time as immigration minister] and look and memorise every single case. I had to know the factsheet. I asked Philp whether he and the Home Secretary had personally looked at every single case and he didn’t answer that bit of the question.”

Looking back on her time as UK immigration minister – which lasted 18 months - she told The Independent that: “When I was unceremoniously given the boot by Boris Johnson, my biggest regret was not picking up on the scale of the Windrush scandal quicker.”

“It was all breaking literally as I arrived, and I regret taking at face value some of the reassurances that these were isolated cases. And yet Guardian reporter, Amelia Gentleman, would find a new one every day – this wasn’t isolated,” Nokes added.

However, Nokes was proud that she was able to launch the EU Settlement Scheme, which she said was ‘proof that the Home Office could introduce a system that was slick, efficient and would work,’ referring to the fact that around 4.6 million people have so far applied.

She told The Independent: “While I enjoyed the challenge that came with being immigration minister, it was seriously stressful. You were taking decisions that would impact upon somebody’s living conditions, whether they were being deported back to a foreign country where the situation was sub-optimal, and that always stressed me beyond belief.”

Following her exit from the role, she believes that the situation for immigrants is now worse, especially for the most vulnerable. The Home Office is now unwilling to receive child refugees stranded in Europe, which had previously been facilitated by the Dubs Amendment and has now ended.

Nokes said: “That’s such a sea change from the days when I had to discuss and negotiate with Alf Dubs himself, who tells such a powerful story. We look back at the Kindertransport with a feeling of immense national pride. And yet it seems like the really powerful messages of people like Alf Dubs are just being ignored.”

“I hope that the Conservative Party sees the light and recognises its responsibilities to vulnerable people around the globe,” Nokes added.

Meanwhile, a spokesperson for the Home Office told The Independent: “We are fixing our broken asylum system to make it firm and fair – welcoming those most in need of protection via safe and legal routes, while stopping abuse of the system.”

“In the last five years the UK has been amongst the top five resettlement countries worldwide, and has resettled more refugees from outside Europe than any other EU member state,” the spokesperson added.