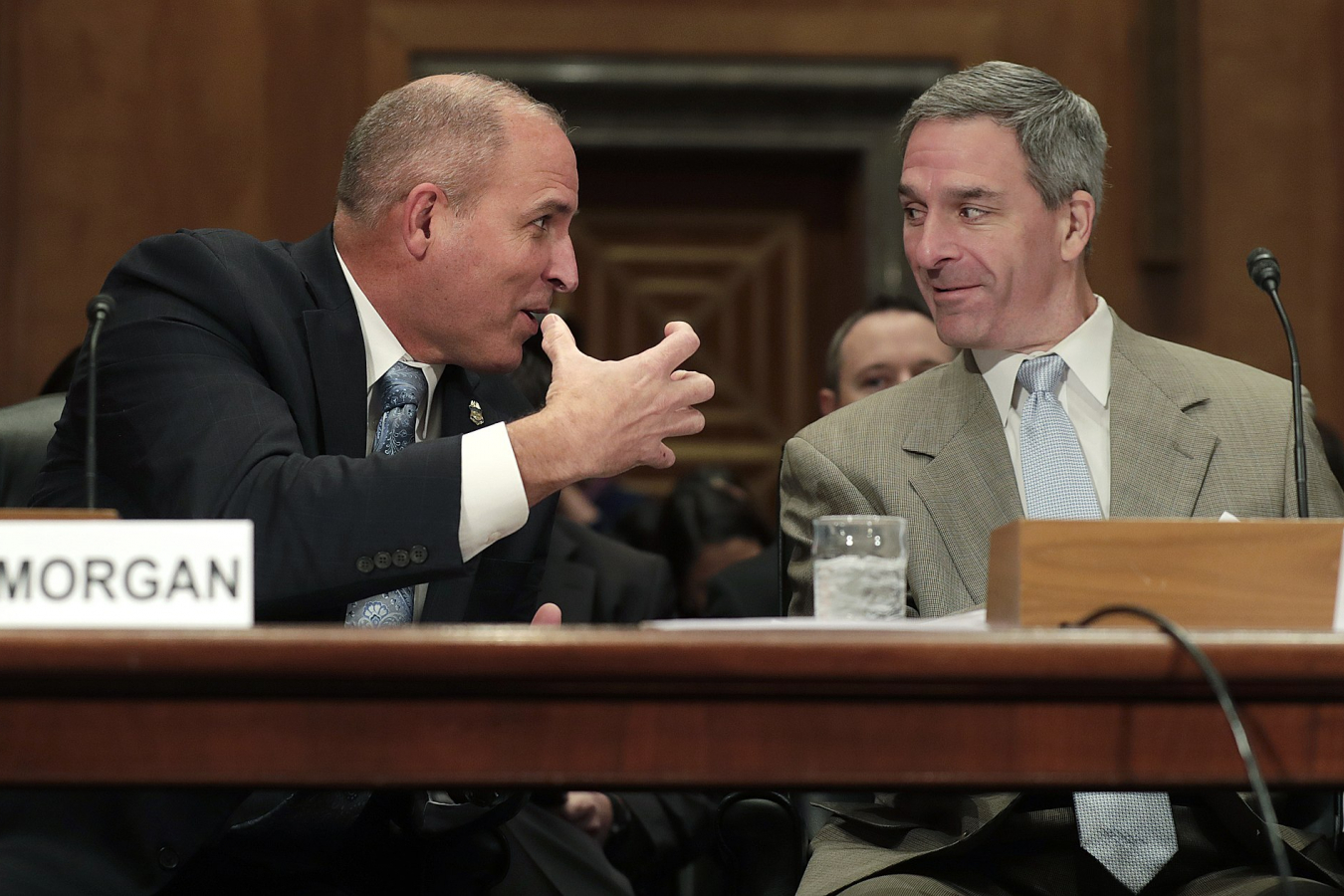 US Customs and Border Protection

As expected there is now a Republican funding proposal.   There were mixed messages on the funding requirement.  As mentioned in a recent report a Senate committee suggested that USCIS had funding for the rest of the fiscal year anyway.  It seems that the long term funding requirement is likely to be met.  However, families of undocumented migrants have been left out.

Overall, the increased funding in the bill should benefit many employers and migrants.  One issue potentially with funding is that USCIS and other departments may then have more money to spend on making life difficult for employers and immigrants!  Unnecessary, and counter-productive scrutiny of say L1 visa and H1B visa and other types of visa applications is a big problem.

Nearly $3 billion would be allocated to United States Citizenship and Immigration Services (USCIS) and Customs and Border Protection (CBP) as part of a Senate aid bill.  This would help both US immigration agencies after facing huge financial difficulties amid the coronavirus.

The economic aid package, unveiled by Senate Republicans, comes as part of a series of measures that form a $1 trillion plan to tackle the current economic downturn in the US. This includes an extension of unemployment benefits, plus another round of tax rebate checks.

However, the coronavirus relief package, which comes following weeklong negotiations between Republicans and White House officials, will exclude aid for certain immigrants not included in the last round of aid payments.

$1.2 billion allocated to USCIS in bill

USCIS sought a $1.2 billion bailout from the Senate amid a slump in revenue from US visa application fees, mainly attributed to the coronavirus pandemic and subsequent visa and immigration bans imposed by the Trump administration.

As part of the economic relief package, USCIS will now be given a $1.2 billion loan by the US Treasury Department to satisfy its request made back in May. USCIS, which is funded entirely by the fees of US visa applicants, had warned that it would have to furlough approximately 13,400 employees if the agency were refused emergency funding.

The Republican plan will also allow USCIS to add a surcharge to visa application fees so that the agency can pay back the Treasury Department loan.

Workpermit.com recently reported that USCIS had pushed back its furlough plans until the end of August, giving lawmakers an extended opportunity to act on the agency’s request for emergency funding.

USCIS, which oversees the allocation of US visas and immigration benefits, reported an increase in applications and petitions, which gave the agency some flexibility in covering its expenses until the end of the current fiscal year.

It’s understood that the economic relief plan will also see $1.6 billion allocated to CBP. According to a summary of the plan, this is ‘to account for fee shortfalls to continue immigration processing and customs-related activities normally funded by fees.’

Amid the coronavirus pandemic, international travel and border crossings have slumped dramatically following a series of restrictions and US visa bans imposed by Trump.

Tony Reardon, the president of the National Treasury Employees Union, which represents CBP’s field employees, recently expressed concerns over the impact of fee shortages and the effect it will have on workers.

In June, Reardon told members of a House Homeland Security Committee panel on oversight, management and accountability that “without appropriated funding to support these CBP officers in [fiscal] 2020, we are gravely concerned that this loss of user fee funding could result in furloughs at a time when trade and travel will be struggling to return to normal.”

Some migrants excluded from funding bill

Despite billion-dollar bailouts for two US immigration agencies, many US citizens and tax paying migrants in ‘mixed-status’ households, will remain excluded from any coronavirus relief packages if they were not included in the last relief bill.

Republican Senators Marco Rubio of Florida and Thom Tillis of North Carolina had attempted to get a provision included that would enable US citizens, married to undocumented migrants, to access future payments. The provision was outlined in a bill they introduced, which has seen no further action taken.

In a statement, Rubio said: “No American should be denied a federal stimulus check because they are married to a foreign national who is not a US citizen.”

According to non-partisan think tank, the Migration Policy Institute, there is an estimated 15.4 million people living in mixed-status families - where family members have a different citizenship or immigration status – that have been excluded from stimulus payments.

Relief package a disappointment for families with undocumented migrants

The American Business Immigration Coalition (ABIC) described the relief package as ‘disappointing’, saying that it doesn’t do enough to help certain US citizens, irrespective of their family members.

In a recent statement, ABIC co-chair John Rowe, said: “Punishing US citizens who happen to have an immigrant spouse or parent is morally wrong, economically harmful and politically foolish in an election year.”

“This continued exclusion of voting US citizens is likely to alienate those voters in key battleground states like Florida, Colorado, Arizona and North Carolina by denying them access to stimulus checks,” Rowe added.