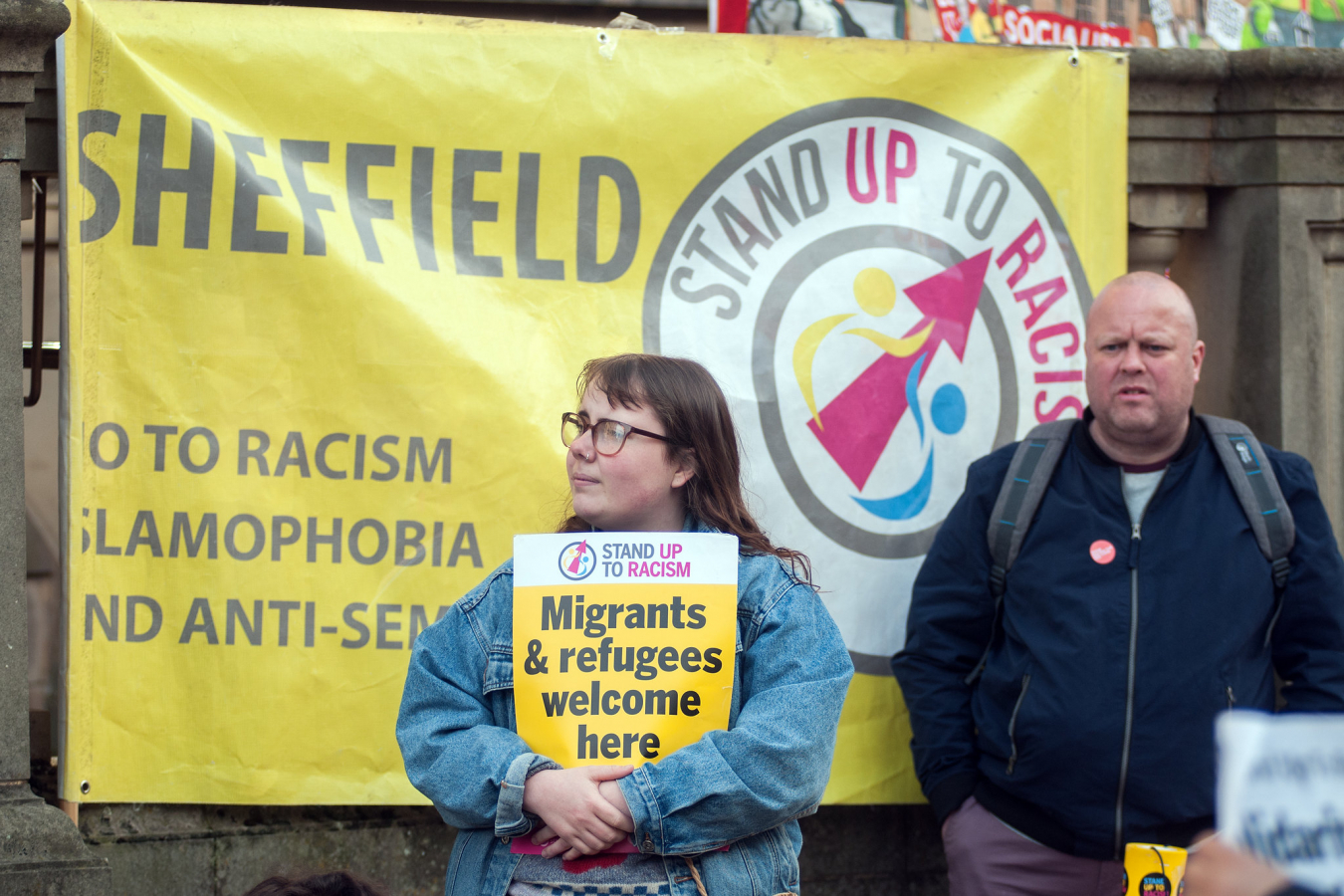 Sorry.  But quite frankly it is surely a good thing if the UK Border Force, which is part of the Home Office, are scared of deporting illegal immigrants.  People are getting fed up with the Home Office breaking the law with the collusion of the Government Legal Department.  See what the Secret Barrister has to say about problems with the Court system.  Lets not also forget the Windrush Scandal when large numbers of Black migrants from the Caribbean who were legally in the UK were threatened with deportation.

The culture where it is normal practice to make false statements in Court needs to stop.   We should expect the highest possible standards from public officials who are supposed to be working for us!  It is interesting to note that there has been an increase in high profile private prosecutions against public officials.  The Home Office also has a poor record when it comes to discrimination.  Sue them!!

Former leader of the UK Border Force, Tony Smith, claims that morale among UK immigration officers is low, amid fears of complaints and a lack of support. According to Smith, in the aftermath of Windrush, immigration and Border Force officers are fearful of deporting illegal migrants.

During an interview with The Telegraph, Smith claimed that morale among immigration officers was at an all-time low because of a lack of support from the British public and civil servants in tackling illegal immigration to the UK.

Smith was critical of human rights lawyers, accusing them of exploiting Britain’s ‘broken’ immigration system to create barriers that make the deportation of illegal immigrants from the UK ‘very unlikely’.

The former Border Force chief’s comments come after Home Secretary, Priti Patel, was forced to halt a deportation flight set to return 23 illegal migrants that had crossed the Channel, back to Spain. Human rights lawyers blocked the flight with a series of last-minute legal challenges.

Smith said: “Immigration enforcement in this country is broken. “They are talking a good game and putting all sorts of comms out, but it is not translating into operational reality. We are going to see more of these flights being blocked and of aborted deportation attempts.”

Priti Patel recently came under fire after official data showed that deportation’s have plummeted by 34% in the last 12 months, hitting their lowest level on record. Just 5,304 foreign nationals were removed from the UK in the year to June, while 8,088 voluntarily left the country.

Smith said: “It is very clear that we have lost our way on whether we are prepared to have immigration enforcement in this country. If immigration officers drive into cities with enforcement vans they are tracked by activists, they get sprayed, their tyres are let down and the vans get vandalised.”

“They are intimidated by people who simply don’t accept the principle of having immigration enforcement. They are fearful of arresting someone they should not because of Windrush, and that there will be a huge inquiry in the Home Office as to why they arrested someone,” Smith added.

Smith argued that all this is further compounded by legal actions taken to prevent deportations. He said: “You have to allow illegal immigrants 72 hours to seek legal advice. The legal advice will be some barrier as to why this person cannot be removed from this country. It might be an asylum application; it might be a human rights application.”

Lawyers notified ahead of deportation proceedings

Smith argued that there is now an ‘industry’ whereby lawyers are notified of deportation proceedings and they will immediately intervene, claiming that removal from the UK is easy to stop through the judicial system and that the best immigration officers will get is an arrest.

Smith said: “There’s no point arresting them if you are not going to deport them. All other things being equal if you are here illegally you should be deported. Yet enforcement removals are at an all-time low. I am convinced that is partly to do with a fear of being complained about for your job. Why would you arrest someone?”

Referring to the row that broke out about removal targets when Amber Rudd resigned as Home Secretary in April 2018, after allegedly misleading the Home Affairs Select Committee on deportation targets, Smith said: “Most organisations have targets. I certainly had targets when I was there.”

“Those targets have completely been taken out of the business. It means you don’t know what good looks like,” Smith added.

However, the Director General of Immigration Enforcement, Tyson Hepple rebuffed Smith’s claims, saying: “These claims are not true. We expect people to leave the country voluntarily but, where they do not, Immigration Enforcement will seek to enforce their departure and we have a wide range of interventions at our disposal to deter non-compliance, support voluntary return and take enforcement action where necessary.”

“The Windrush Generation became entangled in a set of measures designed to stop illegal immigration and the Home Secretary has been clear that what happened is unspeakable and has apologised unreservedly. As we have set out, we are absolutely committed to putting people before process and that means making fair decisions on legitimate asylum claims,” Hepple added.

It's understood that privately, Priti Patel has acknowledged that the UK immigration system is ‘broken’ and has plans to change UK asylum laws, claiming that they are being ‘exploited by leftie Labour-supporting lawyers who are doing everything to stop the government from deporting people.’

Patel is said to be working on a ‘fair borders bill’, which is set to be introduced before the year ends. The bill will reportedly stop people stalling on asylum applications by forcing them to declare all reasons for refugee status when making an application as opposed to providing further valid reasons at a later date.