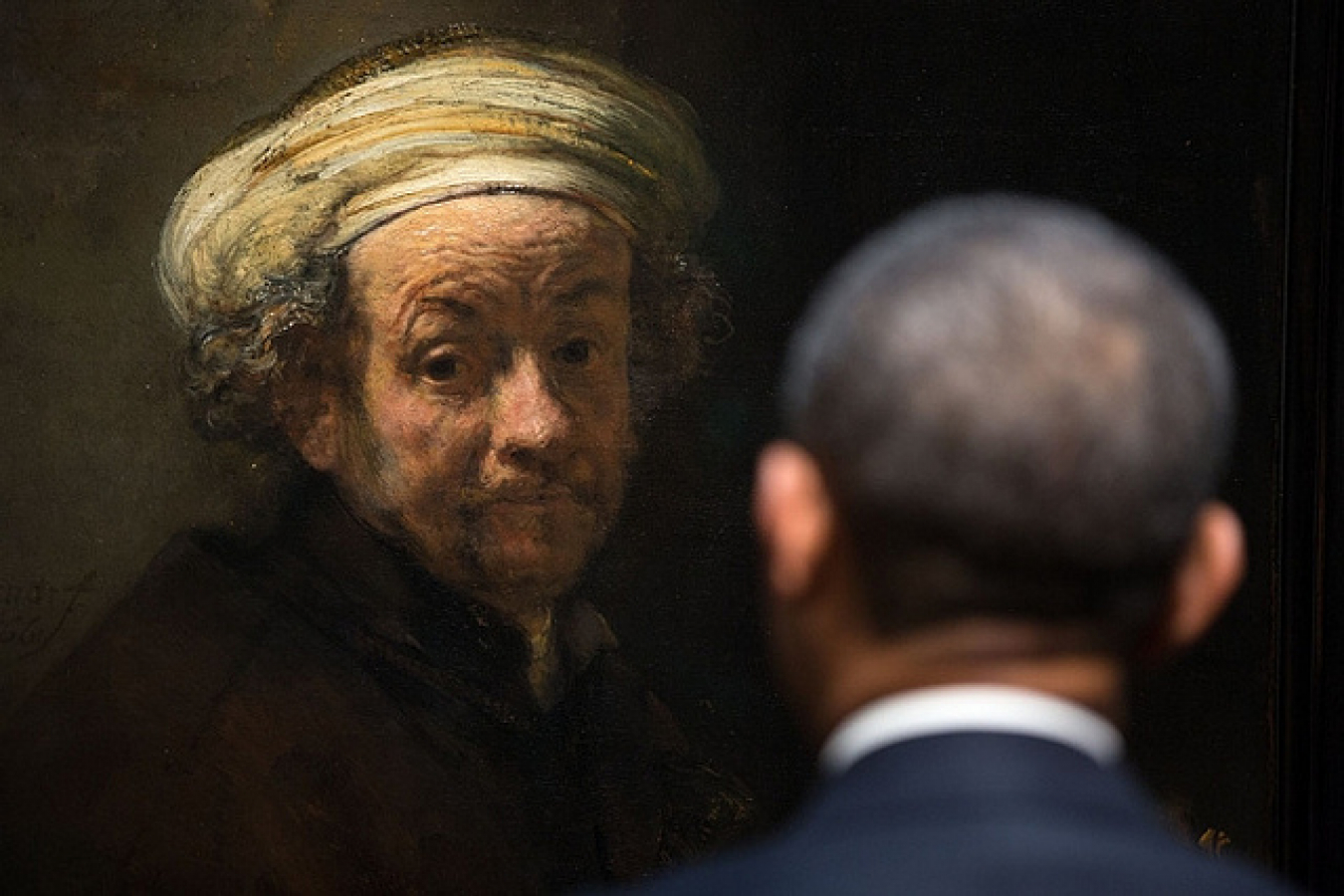 President Obama made immigration reform one of his top priorities for his second term. This may, ironically, be why he has not managed to achieve it. Some Republicans in the House of Representatives seem to have taken it as a personal challenge to prevent it from happening.

Now, it seems that the consensus viewof both parties and of both sides of the immigration argument is thatthe Republicans in the House (as it is known) have won. There will be no immigrationreform while President Obama is president.

The nextpresidential election will be held in November 2016. Perhaps whoever takes overwill have greater success in passing immigration reform legislation throughboth Houses of Congress.

Supporters of reform were hopeful that the bill would soon be passed by the House as well. 'We found the 50 [or so] Republicans we need to pass immigration reform. Now we need to get it done,' he told journalists.

'How many times does someone have to say 'no'?

But now Mr Gutierrez has lost hope that Republicans will cooperate 'Every day, they become not recalcitrant [but] even more energetically opposed to working with us. How many times does someone have to say 'no' until you understand they mean no?'

The US immigration system is commonly accepted to be 'broken'. Businesses complain that they cannot bring in enough skilled workers from abroad to help their businesses succeed. Only about 6% of immigrants to the US come in work-related categories. This compares to about 26% in Australia and Canada.

However, thebiggest problem for employers is the difficulty in obtaining temporarynon-immigrant visas such as the L-1 visa and H-1B visa.

And there is also the problem of the 11.5m illegal residents in the US. Most people accept that, in practice, it would be impossible to hunt down and remove them all. Therefore, many people say, there should be an amnesty of sorts. People currently in the US illegally should be allowed to regularise their status. They could then work legally and pay taxes, the argument goes.

Pollsrepeatedly show that over 80% of the US population would be in favour of suchan arrangement. But there are many Republican members of the House ofRepresentatives who oppose reform. And, if they don't support it, then it's notgoing to happen.

Two recentdevelopments have, it seems, finally killed off all hope of reform.Frustratingly, for those who support reform, this should not have happened. Therecent developments have been misrepresented and misunderstood but, that'spolitics.

Firstly, the leader of Republicans in the House, Eric Cantor, was defeated in a primary election in his home district in Richmond, Virginia.

Mr Cantor's opponent, Steve Brat, was a vocal opponent of immigration reform. Some in the press suggest that it was this opposition to reform that won Mr Brat the election.

Frustratinglyfor supporters of reform, it would appear that this is not true. Mr Cantor wasnot a supporter of reform so it seems that, in fact, immigration was not afactor in this election. It seems that, in fact, Mr Cantor lost because he wasvery unpopular in his district. He was seen as a Washington insider who wasmotivated by personal ambition and had little time for his constituents.

However, even though it is probable that Mr Cantor's defeat seems to have had nothing to do with immigration, it seems that a lot of Republicans fear that it did.

Therefore, Washington insiders say, House Republicans are not prepared to vote in favour of reform for fear that they will meet the same fate at the hands of disgruntled Republican voters. All Representatives in the House face re-election later this year.

The second is the arrival on the Mexican border of tens of thousands of children who have come from Central America. Republicans blame President Obama for this. They say that the President's Deferred Action for Childhood Arrivals (DACA) programme has led Central Americans to believe that all children will be allowed to stay in the US if they arrive there.

Frustratingly again, while there may be some truth in this claim, the President never said any such thing.

The DACA program grants an immunity from deportation for certain young illegal residents providing that they do not have criminal records. The immunity lasts for two years and can be renewed.

It is also astipulation of the program that applicants must have been in the US for atleast five years before applying. Therefore these Central American children,who have arrived comparatively recently in the US, cannot apply for immunityfrom deportation under the DACA program.

Nonetheless, Republicans have said that they cannot trust the President with the immigration system.

They add that they would not be able to trust him to implement a comprehensive immigration reform law if they passed one because he is soft on immigration. Again, this is not borne out by the facts. The Obama administration has deported more people than any other. But House Republicans do not seem to be overly concerned with facts at the moment.

At a meeting of the House Judiciary Committee last week, some Republicans called for all aid to Mexico to be stopped until the US-Mexican border is impenetrable. They have called for the building of hundreds of miles of razor-wire topped fencing to prevent illegal immigration.

To add tothe pessimism over reform, John Boehner, the speaker of the House, has saidthat he intends to take the President to court over his use of Presidentialpowers. Boehner says that the president has acted unconstitutionally byintroducing the DACA program. He feels that various policies introduced by thePresident are also unconstitutional.

The Gang of Eight

This has been a frustrating two years for supporters of immigration reform. The President promised action once he was re-elected in 2012. In early 2013, a group of eight senators, four Republicans and four Democrats, drafted a comprehensive immigration bill, which became the Border Security Act. In June 2013, the Senate passed the Act with bipartisan support.

The Act provided for

For the last year, Mr Boehner has refused to allow the House to vote on reform. As speaker, he decides what bills the House votes on.

Washington insiders say that Mr Boehner will not allow a vote because he fears splitting the Republican Party. Some Republicans, supporters of the radical Tea Party movement, oppose immigration reform vehemently.

Others in the party believe that the party must reach out to the fastest growing section of the US electorate; Hispanic citizens. Most illegal immigrants, 80% of them in fact, are thought to be of Hispanic ethnicity.

Polls suggest that over 70% of Hispanic voters supported President Obama at the 2012 election while only 28% supported his Republican challenger Mitt Romney.

Asthe Hispanic population of the US grows, the increase in support for theDemocratic Party is likely to grow with it. Some moderate Republicans believe that the only way to win back Hispanic voters (as many as 45% of Hispanic voters voted for George W Bush) is to support the creation of a pathway to citizenship.

Meanwhile, the extreme right Tea Party Republicans believe that to grant an amnesty to 11.5m illegal residents would simply gift the Democrats millions of votes.

As ever, in Washington, what may look at first glance like a matter of principle, soon shows itself to be largely to do with self-interest.

But sadly, for now at least, it seems that while the politicians think about themselves and their chances of re-election, the chaotic and inefficient immigration system limps on, keeping immigrants waiting for years for permanent residence visas, leaving businesses without the skilled workers they need and leaving 11.5m illegal residents in limbo.