workpermit.com is a highly influential visa services business and is one of the most popular visa related sites in the World. Millions of people a year visit a workpermit.com site. Our news reports appear as top news stories in google search around the World.

The changes to the Tier 2 Sponsor Licence and Tier 2 visa scheme should benefit many employers and UK visa migrants.  It is doubtful if these and other changes will adequately deal with the situation after Brexit (if it ever happens).

Several UK visa and immigration changes were implemented in October 2019. The most notable changes occurred across the Tier 2 (General) visa category, the UK startup and innovator visa schemes, the Tier 1 Exceptional Talent visa route and the EU Settlement Scheme.

The most significant change is the expansion of the Tier 2 shortage occupation list (SOL), to which a number of new job roles were added to tackle skills shortages in the UK.  Following the changes it is now easier to bring in IT professionals, Engineers, chefs, architects and many others.  Usually, there should not be an advertising requirement in these cases to show there is a skills shortage.

Prior to his appointment as Chancellor of the Exchequer, former Home Secretary Sajid Javid had confirmed that all of the MAC’s recommendations for the SOL would be implemented. The expanded SOL should now be taken into account when applying to employ migrant workers under the Tier 2 visa scheme.  Employers with a Tier 2 Sponsor Licence also need to have a Certificate of Sponsorship to employ Tier 2 visa migrant workers.

The Tier 2 (General) visa category features several changes. The Tier 2 Sponsor Licence and Tier 2 visa enables UK companies to sponsor skilled, non-European Economic Area (EEA) nationals for job roles in Britain. The number of Tier 2 visas that can be issued to those migrants living outside the UK is limited to 20,700 annually, which are split into monthly allocations. Approximately 2,000 Tier 2 visas are made available per month.  There is no limit on employing migrants on Tier 2 visas who can apply from within the UK.

Employers and visa applicants are advised of the following changes:

Introduced in March 2019, the startup and innovator visas were created for international entrepreneurs looking to establish a business in Britain, which is backed by an endorsing body. Recent quarterly figures released by the Home Office show that the innovator visa received just four applications.   The changes to this scheme do not appear to be that significant.

It was announced that in order to remain in the UK after 2020, EEA and Swiss nationals, along with their family members, must apply to stay in the country under the EU Settlement Scheme (EUSS).  However, there continues to be a great deal of uncertainty over Brexit. Will there be a General Election?  If and when will Brexit actually happen?  Changes include the following:

Post-study work visa and review based on Australian immigration system

The statement of changes to UK immigration rules coincide with other recent developments, including the reinstatement of the two-year post study work visa in 2020, which was previously scrapped in 2012.  It is also intended that there will be an “Australian style” immigration points system.

If you would like to apply for a visa, WorkPermit.com can help. WorkPermit.com is a specialist visa consultancy with over thirty years of experience dealing with visa applications and is one of the top visa related websites in the world.

The WorkPermit.com News and Media Team. 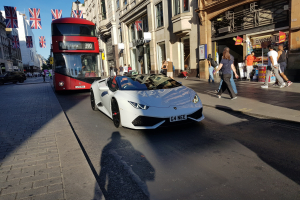 Sanwar Ali: UK Scale up visa - Will it be a success?

Comments (0)
The Scale-up UK visa scheme would appear to make it easier for migrants to work freely in the UK. How
Read all news