Workpermit.com is thirty years old in 2018 and is one of the most influential visa services firms in the World, and is also a top Global News Service.  About seven million people a year visit a workpermit.com site.   Our news reports appear as top news stories in google search around the World.

Non-EU workers applying for Tier 2 visas to work in Britain were dealt a blow recently as the UK’s immigration health surcharge looks set to double from £200 to £400 per year some time later in 2018. The National Health Service (NHS) is set to net £220 million as a result of the fee increases.

Tier 2 visa migrants are already in effect contributing to the National Health Service twice. They are paying income tax and national insurance.  On top of this they are paying the immigration health surcharge.

Melania Trump was embroiled in controversy after it emerged that she was granted a green card in the elite EB-1 employment based immigrant program – reserved for renowned academics, multinational business managers and  executives being transferred to the US, Olympic athletes and Oscar winning actors who demonstrated ‘sustained national and international acclaim,’- in March 2001.

In reality US employment based immigrant visas have lengthy processing times.   Employers are likely to apply for L1 visas, E2 visas, E1 visas and B1 in lieu of H1B visas for many employees.

Thousands of Canadian investors face being locked out of America should Trump terminate NAFTA. Since 2007, 20,406 Canadians have been granted E-2 treaty visas allowing them to invest in the US, creating thousands of jobs for American workers in the process. However, if Trump abolishes NAFTA, it could spell the end of access to the E-2 visa for Canadian investors.

We cannot predict the future.  However, in practice I suspect that there will be too much opposition from both Republicans and Democrats to enable NAFTA to be abolished.  The E-2 visa scheme allows both investors and employees the ability to obtain US visas without worrying about quotas.  The E-2 visa can continue to be extended indefinitely as long as the business continues in the US.  Indians and Chinese nationals cannot come under the scheme.   Under the current Trump administration this is unlikely to change.  They probably have to come under the L1 visa or H1B visa categories.

Highly Skilled Migrants, a group representing doctors, engineers and IT professionals descended on Downing Street earlier this year to protest what they describe as ‘discriminatory, inhumane and hostile Home Office policies.’ The group has raised more than £25,000 to challenge the Home Office in the courts over UK visa laws.

The Home Office can take a very aggressive stance when enforcing UK visa laws.  After spending thousands of pounds in UK visa fees you can end up having your visa refused for reasons that are unjust and very unfair.

If you would like to apply for a visa, WorkPermit.com can help. WorkPermit.com is a specialist visa consultancy with almost thirty years of experience dealing with visa applications and is one of the top visa related websites in the world.

The WorkPermit.com News and Media Team. 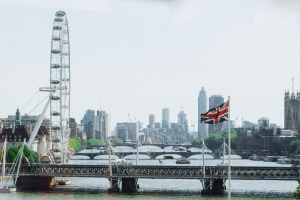