The UK General Election is almost upon us on 8 June 2017. We do think that whoever wins, the UK visa system is in need of reform. An organisation sponsored by the Home Office has behaved very badly for years and so far nothing has been done about it. People coming to the UK have been treated unjustly and unfairly.

A leading think tank says that net annual UK visa numbers need to be at 200,000 to avoid the collapse of the British economy, post-Brexit. Presumably many of these people will be employed by employers with Tier 2 Sponsorship Licences on Tier 2 visas. The figure is double the net target amount the government is looking to achieve. An ageing population, labour shortages and low productivity in the UK have been attributed to the need for net migration at 200,000 people per year.

A Global Future report, which had the support of three employer groups, slammed the Labour Party and the Conservative government for failing to be honest about the level of migration required by the UK. The report warns that if Britain slams the door on foreign labour, it faces a potential 10-year period of slow growth similar to Japan’s economy.

US immigration department struggling to track US visa holders

A government watchdog report has revealed that US Visa agents are struggling to track US visa holders because of ‘archaic computer systems.’ When attempting to locate foreigners suspected of overstaying their visas, immigration officers often discover that they have been wasting their time because many US visa holders have exited the country.

According to the report, immigration enforcement operatives and analysts have to use 10 to 40 passwords to access computer systems. However, the report – compiled by the US Department of Homeland Security's Office of the Inspector General – found that 40 percent of ‘active’ cases in one year alone turned out not to be overstays at all.

The Australian Prime Minister, Malcolm Turnbull, announced that his government will scrap the 457 visa scheme for skilled temporary foreign workers. A video posted on Mr Turnbull’s Facebook page said that his conservative government would ‘axe the 457 visa programme’ amid growing immigration concerns among voters.

The decision to abolish the scheme, which permits skilled foreigners to work in Australia for a maximum of four years, follows a similar pattern seen in the US where President Donald Trump seeks to crackdown on the H-1B and L1 visa schemes. 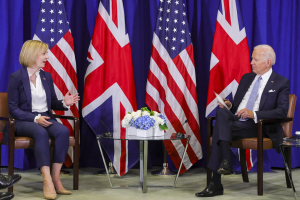