UK PM: No limit on number of Indians studying in UK 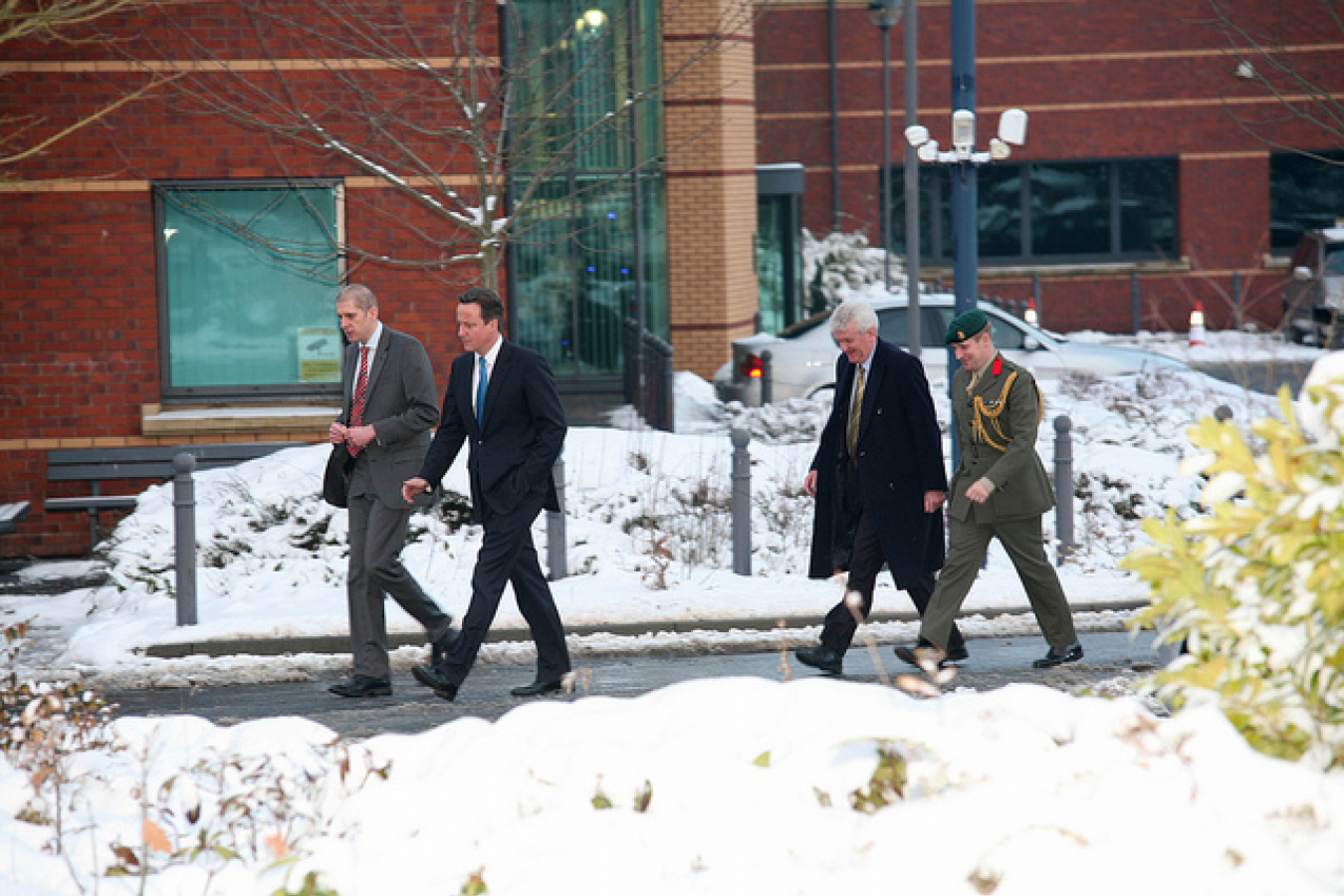 UK Prime Minister David Cameron has told journalists in India that there is 'no limit on the numbers' of Indian students who can study in the UK. He said 'We want [Indian] students to come and study'.

Mr Cameron was speaking on his second visit to India in 2013. He was on his way to the Commonwealth leaders' summit in Sri Lanka. In India, he held talks with Indian Prime Minister Manmohan Singh in Delhi and gave an interview to the Times of India in which he said that it was 'a myth' that the UK was 'freezing out' Indians.

Mr Cameron faced some hostile questioning in which it was suggested that the UK's immigration policies were 'a throwback to the days of the Raj when the UK ruled India. He was asked if he had a message for Indians who 'sense they're not welcome anymore and will be denied opportunities in the UK'.

'If you're a genuine student…you'll get a visa' - Cameron

Mr Cameron said 'My message is very clear. We want to attract the brightest and the best to Britain whether you're a student, a post-grad, entrepreneur or businessman. If you're a genuine student studying at a genuine institution, you will get your visa. There are no limits on numbers'.

Mr Cameron also faced hostile questioning about the 'financial bonds' scheme which would have seen applicants for visas from six 'high risk countries' including India, having to pay bonds of up to £3,000 before they could receive a visa. The bond would only be repaid after the visa holder had left the UK.

Mr Cameron said that he was aware that the bond scheme had 'prompted lots of concern here'. He continued 'Well, let me be clear: We've decided not to go ahead with that idea. There won't be financial bonds'.

Mr Cameron and his government are caught between two competing pressures; their desire to 'attract the brightest and the best' to study and work in Britain and their manifesto commitment to cut net annual immigration to below 100,000 a year.

Immigration from Commonwealth countries to the UK has been a bone of contention for some time. In the days of the British Empire, there was relatively free migration between the UK, the colonies and the other territories for those that could afford it but, until the onset of mass air travel in the latter part of the twentieth century, travel between continents was comparatively rare.

Britain also joined the European Economic Community in 1974 which gave the right to EU citizens to work in the UK. This has had the effect of increasing immigration into the UK and made immigration numbers a hot political question.

In 2010, when Mr Cameron's government came to power, it announced that it would do everything it could to cut net immigration to 'tens of thousands' annually by the next election in 2015. In 2010, there was net immigration to the UK of 250,000 people annually.

Since 2010 the Coalition government headed by Mr Cameron has

Fall in immigration numbers has stalled

By June this year, official estimates suggested that net immigration to the UK had fallen to around 175,000 per annum though the UK's Office for National Statistics says that the fall in net immigration has stalled.

On Monday 11th November 2013, the UK's immigration minister Mark Harper told a House of Lords Committee that the UK had failed to explain the 'very good' regime which allowed international students to work in the UK after graduation.

Mr Harper said 'If you are a graduate, it's actually very straightforward to stay here. If you have a graduate level job paying just over £20,000 a year, then you can stay in the United Kingdom. I don't think we necessarily landed that argument well enough'.

Mr Cameron told the Times of India 'I think one of the reasons the numbers have fallen back from some countries is because a lot of people previously were not coming to study – they were coming to work'.